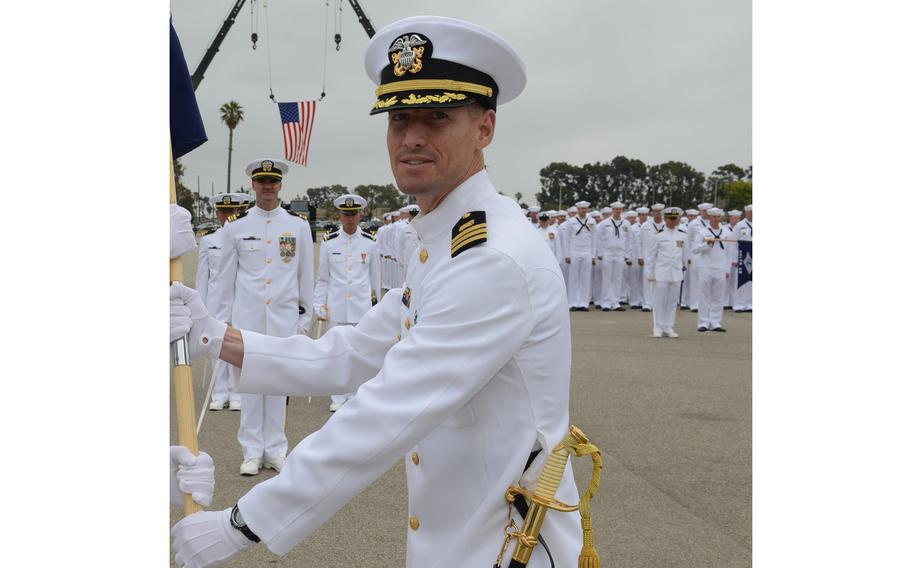 Navy Capt. Jeffrey Lengkeek, pictured in a 2014 Navy photo, was removed last week from command of the service’s Amphibious Construction Battalion 2 based in Virginia after leaders lost confidence in his ability to lead the unit, the Navy said Monday, Feb. 7, 2022. (Charles Panter/U.S. Navy)

Newell declined further comment about the investigation, but he said the Navy does not “intend to take further disciplinary” action against the leaders.

Since July 2020, Lengkeek and Jarosz had served as the Seabee battalion’s top officers based at Joint Expeditionary Base Little Creek, Va. Turner had been the unit’s top enlisted sailor since July 2019.

The former battalion leaders will be temporarily assigned to Menoni’s staff, according to the Navy. They have been replaced at ACB 2 by Capt. Brian C. Finman, Cmdr. Henry P. Pierce IV, and Master Chief Todd Mangin, who will hold those positions until a new permanent command triad is put in place, the Navy said.

The service said none of the unit’s ongoing or upcoming missions or training were expected to be impacted by the unscheduled command change.