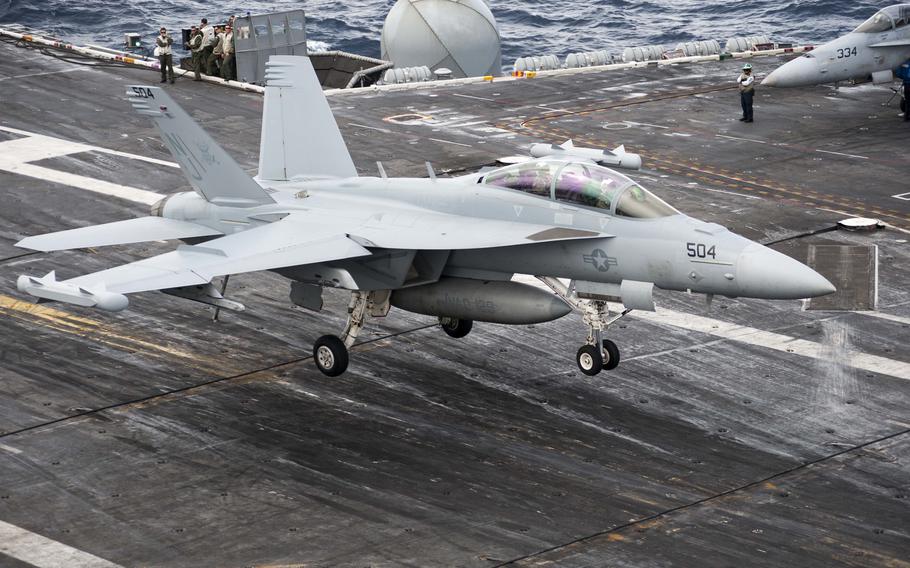 (Tribune News Service) — Following the release in December of a study requested by Congress on noise from EA-18G jets, the Navy released last week a related technical report.

The report includes more insight into where and when the Navy collected live jet noise data on the Growler jets during the study, which was conducted near Naval Air Station Whidbey Island and near a base in California between December 2020 and August 2021.

Eleven sites were included in the study around Naval Air Station Whidbey Island, including one on a Skagit River dike on north Fir Island in west Skagit County, Wash.

According to the report, the Skagit County site made for an interesting case study because in some instances the amount of jet noise measured in real-time was slightly lower than had been modeled using the Navy's sound analysis method, and in other cases, outside sources of sound influenced the data.

"During the study, small gas-powered boats traveled up and down the river, generating noise events when they passed the monitoring site," the report states.

Graphs included in the report show spikes in noise attributed to boats and jets. According to the report, boat traffic occurred often enough throughout the study to impact the overall analysis for the site.

"Boats originating from the nearby marina and other launch areas sporadically passed the monitoring location, dominating the soundscape," the report states.

That made the Skagit County site one of two — the other on southeast Whidbey Island — where the average measured noise was reportedly greater than the modeling had suggested, according to the report.

Overall, though, the Navy concluded in the study released in December that the noise modeling it relies on to predict the impact of aircraft noise is accurate.

That's an argument important regionally in terms of a contested environmental impact statement (EIS) produced in 2019 that asserted the Navy's plans to grow its Growler fleet at NAS Whidbey Island wouldn't harm the surrounding environment, including wildlife and human health.

The technical report and data are available here.