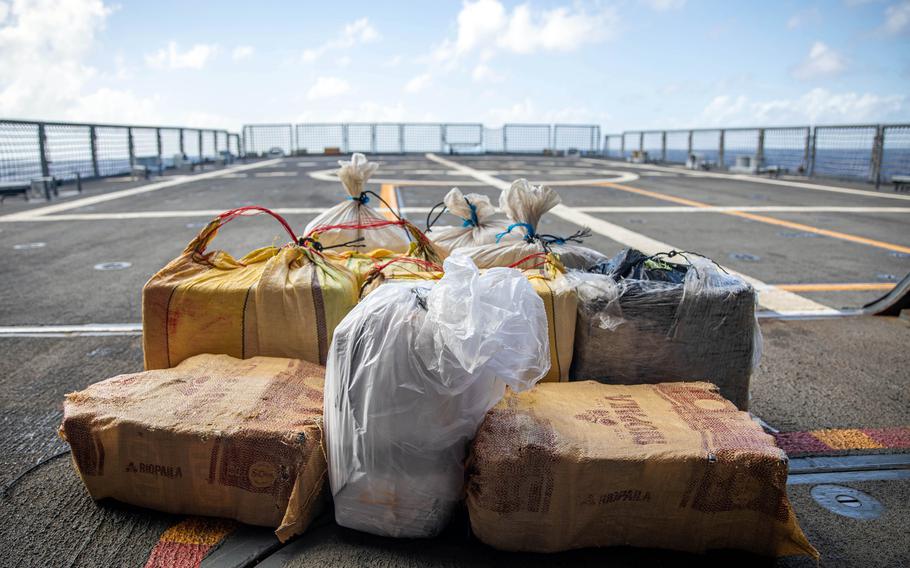 Nearly 700 pounds of suspected cocaine seized by the USS Milwaukee and Coast Guard law enforcement agents sits on the ship's flight deck Jan. 7, 2022. The seizure was made in the Caribbean Sea. (Danielle Baker/U.S. Navy)

The U.S. Coast Guard and Navy seized what they suspect is cocaine worth an estimated $22 million during a recent interdiction in the Caribbean Sea.

The littoral combat ship USS Milwaukee was involved in the Jan. 7 confiscation, which totaled roughly 700 pounds, U.S. 4th Fleet announced in a statement.

“It is a good feeling knowing that a large number of drugs will not make it onto the streets of America or our partners in the Caribbean,” Cmdr. Brian Forster, the Milwaukee’s commanding officer, said in the statement Wednesday. 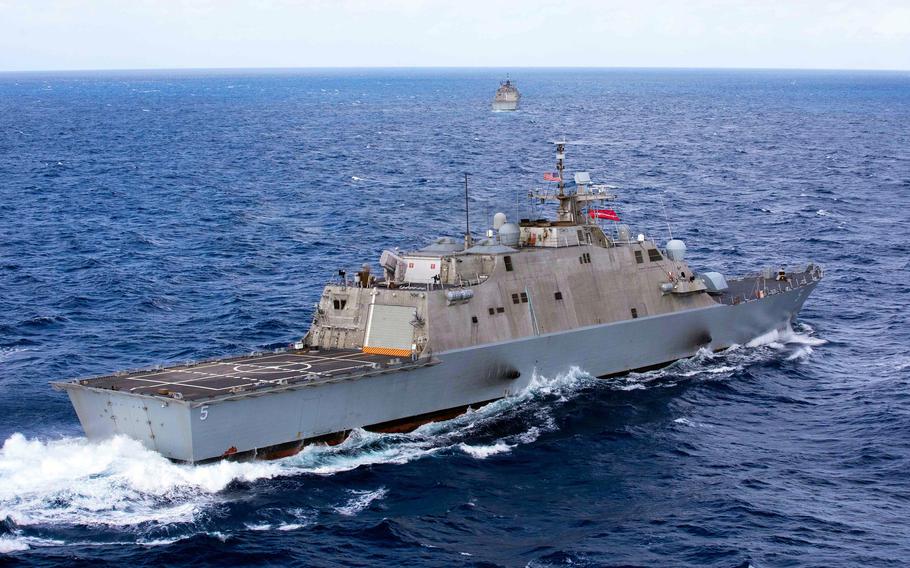 The littoral combat ship USS Milwaukee steams through the Atlantic Ocean on Dec. 16, 2021. The Milwaukee and Coast Guard personnel onboard seized $22 million worth of suspected cocaine in the Caribbean Sea on Jan. 7, 2022. (Aaron Lau/U.S. Navy)

The operation began when a patrol plane spotted a suspected drug smuggling boat, and the Milwaukee was directed to intercept.

The ship deployed its MH-60S Sea Hawk helicopter and a rigid-hull inflatable boat, according to the statement.

The Milwaukee had deployed to the 4th Fleet’s area of operations to support Joint Interagency Task Force South’s mission, which includes interruption of drug trafficking in the Caribbean and eastern Pacific Ocean.