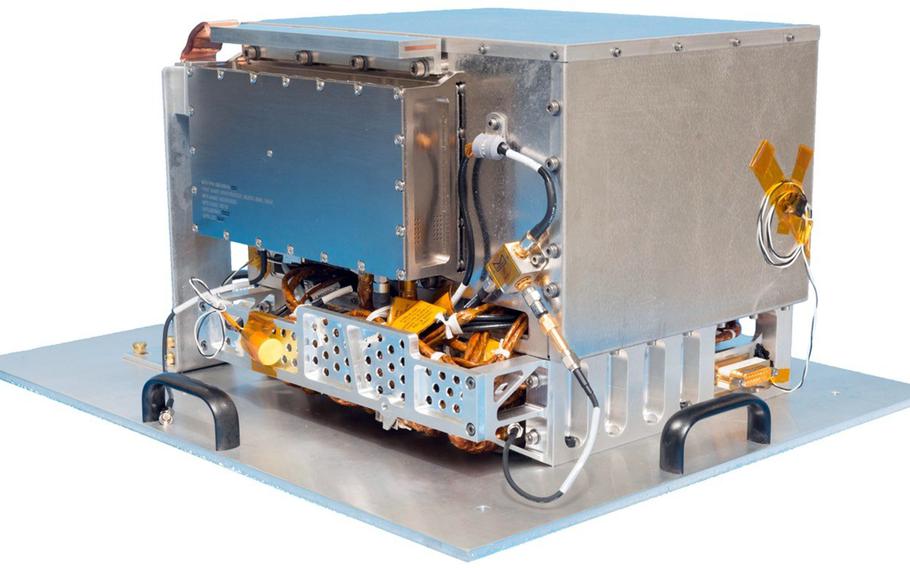 Atomic clocks are considered the most accurate means for timekeeping, according to NASA. They measure very stable and precise frequencies of light emitted by specific atoms. (NASA)

Frequency Electronics Inc., of Mitchel Field, N.Y., is developing the clock for Navy applications aboard ships, aircraft and spacecraft, CEO Stan Sloane told Stars and Stripes in an email Friday.

The Office of Naval Research issued the contract, according to a Pentagon announcement Jan. 10. The completion date is Jan. 11, 2024.

“The Mercury Ion technology is expected to improve clock stability by an order of magnitude or better over what is currently fielded in tactical platforms,” according to Sloane.

Atomic clocks are considered the most accurate means for timekeeping, according to NASA. They measure very stable and precise frequencies of light emitted by specific atoms. An atomic clock loses one second every 10 million years.

The Frequency Electronics contract calls for a compact version of the 11-by-10-by-9-inch Deep Space clock, according to a NASA factsheet. Sloane said his company’s version should measure 5-by-7-by-1.2 inches

Its products are used in satellite payloads and in other commercial, government and military systems, including command and control, electronic warfare, missiles, manned and unmanned aircraft and wireless networks.

The Office of Naval Research did not respond to an email from Stars and Stripes seeking further information.

“We will be working in parallel with Jet Propulsion Laboratory to move the technology from experimental to production ready,” Sloane said. “We will eventually develop many varieties of these clocks that are tailored for various applications including for space, tactical military platforms and commercial use.”