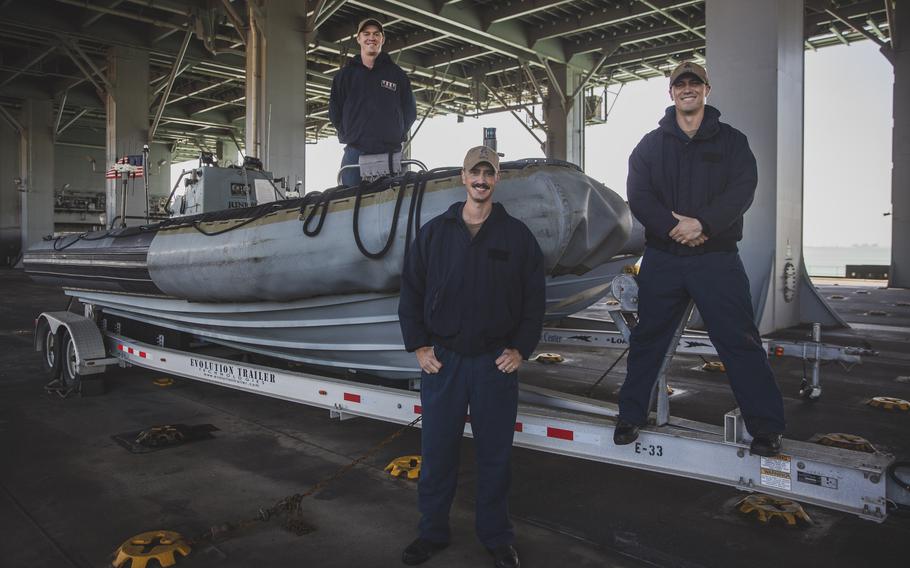 (Tribune News Service) — A crew of U.S. Navy personnel helped save injured Iranian mariners in the Gulf of Oman.

Details of the story, which were reported by the Defense Department, are vague, but singled Chief Boatswain's Mate Erick Chavez of Fraser, Mich.

The essence of the Dec. 15 rescue seems to come down to this:

The USS Lewis B. Puller, an expeditionary sea base platform, and the USS Sirocco, a patrol craft, saw mariners who were in distress and injured in some kind of an explosion, and sent sailors to save them.

"The entire crew, both military and civilian mariners, stepped up to perform incredibly that day," said Capt. Richard G. Burgess, Puller's commanding officer. "Our team did not waiver for a moment, and acted with professionalism and compassion to save lives."

Chavez added the crew maintained a steel resolve during the chaotic rescue.

The mariners, who identified themselves as Iranian citizens, were taken to the Puller for treatment. Two were flown by helicopter to Oman for medical treatment, and the other three were taken to Oman.