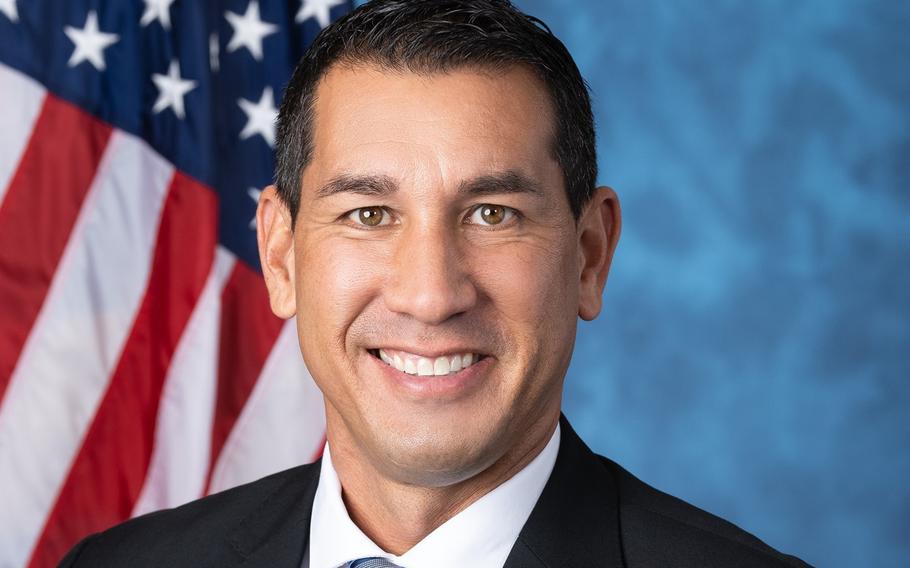 HONOLULU (Tribune News Service) — Hawaii Congressman Kai Kahele is urging a top Navy official to publicly apologize for “insulting and offensive comments “ he made during a hearing this week on the Navy’s Red Hill fuel facility, which is believed to be the source of petroleum contamination in the Navy’s drinking water system.

During the hearing, in which the Navy is contesting an emergency order issued by the state Department of Health to drain the Red Hill tanks until they can be determined safe to operate, Ella Foley Gannon, an attorney for the Honolulu Board of Water Supply, asked Deputy Assistant Secretary of the Navy James Balocki whether he thought the current situation constituted a crisis.

Balocki said it may be “an urgent and compelling situation perhaps, not a crisis.”

“I’ve been in combat, so I know what crisis looks like, “ he said. “This is a situation that can be remedied with the resources that have been brought to bear.”

Balocki’s comments contrasted with Adm. Samuel Paparo, commander of the U.S. Pacific Fleet, and other top Navy officials who have repeatedly referred to the situation as a crisis.

Later in the hearing, Earthjustice attorney David Henkin, who is representing the Hawaii Sierra Club, asked Balocki whether he was “aware that people have gotten sickened by this accident.”

Balocki’s comments came after the Hawaii Sierra Club presented tearful testimony from two women whose husbands are in the Army. One woman talked about how her 16-month-old son broke out in a rash and how her sick dog desperately searched for puddles of water to drink in the days before they found out their tap water was contaminated.

It’s been nearly a month since the Navy and DOH began receiving hundreds of reports from residents in and around Joint Base Pearl Harbor-Hickam that their tap water smelled of fuel. Navy water users, primarily military families, have complained of nausea, vomiting, skin rashes, headaches and sick and dying pets.

Approximately, 3, 400 military families have been relocated to hotels, primarily in Waikiki, as the Navy works to flush its distribution lines to remove petroleum contamination.

Kahele, in a letter to Secretary of the Navy Carlos Del Toro on Wednesday, said he found Balocki’s “comments, demeanor, and lack of awareness to be wholeheartedly inappropriate, further displaying a lack of candor and respect to affected servicemembers, their families, and the residents of O ‘ahu.”

He urged Balocki to issue a public apology.

“I also urge the Navy to examine and address the clear inconsistencies present across the entirety of its organization regarding public messaging on this crisis, “ Kahele wrote.

Balocki, a civil serv ­ice employee, serves as principal adviser to the secretary of the Navy and assistant secretary of the Navy for energy, installations and environment. He testified that Del Toro sent him to Hawaii to assist with the response to the contamination in the Red Hill shaft and that he was on Oahu from Dec. 1 to 14.

“I was intimately involved in the efforts every day, “ he said.

A spokesman for the secretary of the Navy didn’t immediately respond to a request seeking comment from Del Toro and Balocki.