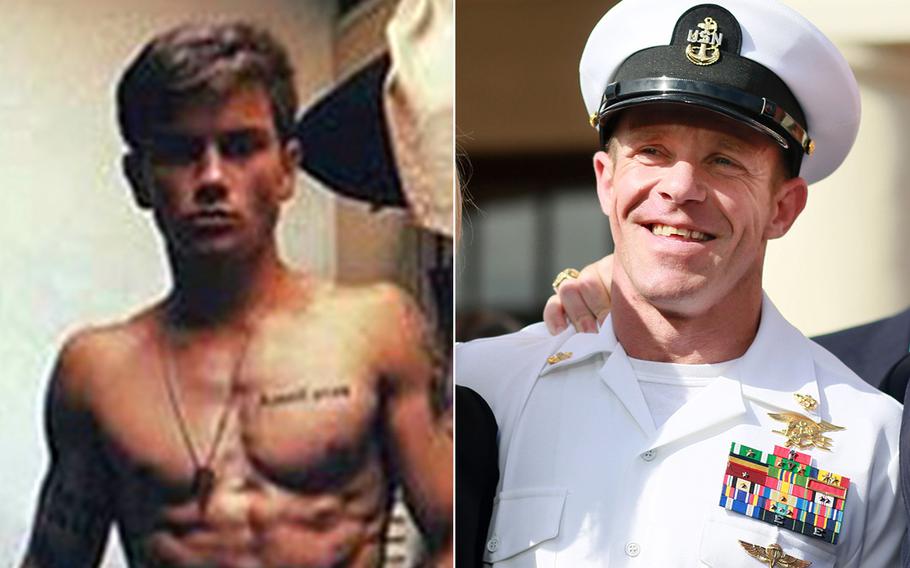 Seaman Apprentice Ryan Sawyer Mays — who, at 19, also strove to become a SEAL but gave up after less than a week of training — faces charges that could put him away for life if convicted. And, similar to the Gallagher case, the Navy is counting largely on witness testimony to make its case against Mays — at least as can be told from what’s been made public at this early stage.

Mays is charged with the willful hazarding of a vessel and aggravated arson in the 2020 fire on the amphibious assault ship Bonhomme Richard. The ship burned for four days and was so thoroughly damaged the Navy opted to sell it for scrap rather than repair it.

Prosecutors allege Mays was seen going into the ship’s lower vehicle storage area, where investigators say the fire began on July 12, 2020, just minutes before sailors first saw smoke that morning. They say he then escaped through a small hatch leading to a conflagration station and up a narrow ladder to a passageway two decks above the “lower v.”

Mays’ three-day Article 32 hearing featured testimony from witnesses and investigators, including a fire investigator from the Bureau of Alcohol, Tobacco, Firearms and Explosives who said all accidental causes of the fire were eliminated, leaving only arson. In the military system, prosecutors must only prove they have probable cause to prosecute Mays during the Article 32. The hearing officer will next issue a recommendation as to whether Mays will face court-martial.

“They hardly need any proof (to make) a probable-cause determination,” King said. “I think this case is for sure going to trial but it’s certainly not a slam-dunk based on what was heard at the Article 32.”

At court-martial, however, the government will still need to prove Mays’ guilt beyond a reasonable doubt — something Kind said is very much in the air given the evidence that’s so far been made public.

“I don’t think it’s a very strong case at all,” King said. “Eyewitness testimony can be effectively countered by cross-examination, which could potentially raise reasonable doubt.”

The Navy’s prosecution against Gallagher blew up spectacularly as prosecutors stepped on one rake after another and appeared unprepared for the legal maneuvering and courtroom theatrics of Gallagher’s savvy, high-powered defense lawyers.

When the lead prosecutor was caught trying to track defense attorney emails in what a judge ruled was an illegal violation of Gallagher’s rights, he was fired from the prosecution team. Another Navy lawyer was added and had just days to prepare for the most closely-watched military trial in recent memory.

Famously, the Navy’s key witness changed his story on the witness stand and claimed that he, not Gallagher, killed the ISIS prisoner. Navy prosecutors were left scrambling and never recovered momentum in the trial.

To King, the appointment of Navy Capt. Jay Jones as supervising prosecutor suggests the Navy is taking a different approach to its prosecution of Mays.

“Jay is probably the best prosecutor in the Navy,” King, who was a staff judge advocate in San Diego during the Gallagher trial, said in an interview. “We probably would have had a different result (in that case) if we had someone like him. They brought the best prosecutors because they don’t want to make the same mistakes they made in Gallagher.”

King, who is now in private practice, has no connection to the Bonhomme Richard case, but said he does know the Navy’s prosecutors as well as Mays’ civilian defense attorney, Gary Barthel.

Cmdr. Rich Federico, who is lead prosecutor in the case, is a Navy Reservist and federal public defender. King said Federico might be the next-best Navy prosecutor after Jones.

Mays’ defense is led by Gary Barthel, whom King described as an experienced military lawyer who will be crucial in ensuring Mays has a strong defense.

King cautioned against reading too much into the evidence presented at the Article 32, saying that prosecutors might only present just enough evidence to establish probable cause.

“The prosecution doesn’t want to tip their hand at the type of evidence they might have at trial,” King said.