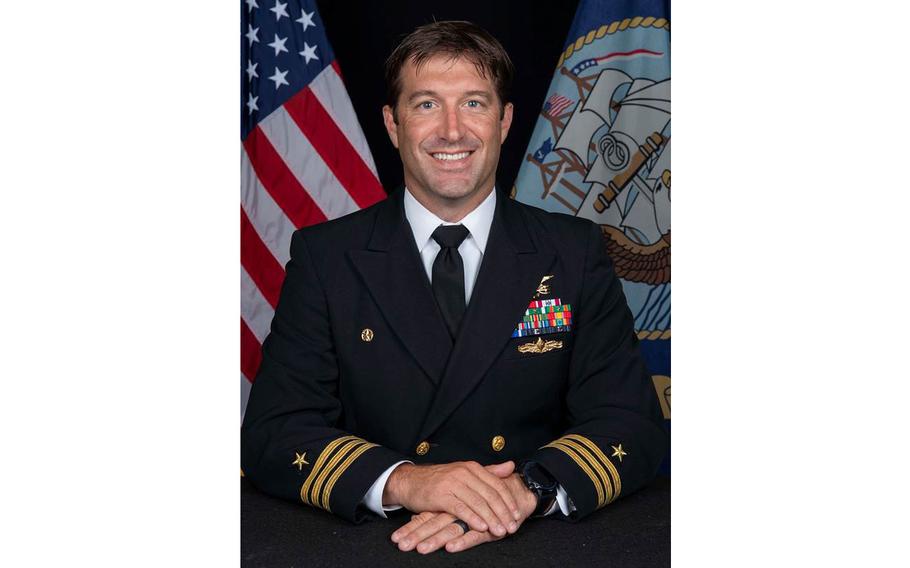 Navy Cmdr. Brian Bourgeios, 43, the commanding officer of SEAL Team 8, died Tuesday, Dec. 7, 2021, after he was hurt in a training exercise over the weekend, according to the Naval Special Warfare Command. (U.S. Navy)

WASHINGTON — The commanding officer of SEAL Team 8 in Little Creek, Va., died Tuesday after he was hurt in a training exercise during the weekend, according to a Naval Special Warfare Command statement.

Further details about his injuries were not available because the incident is under investigation, according to the statement. The SEAL team’s executive officer has temporarily assumed Bourgeois’ duties.

“Findings will be made available at the appropriate time,” according to the statement.

Capt. Donald G. Wetherbee, commodore of Naval Special Warfare Group 2, said in the statement that the loss of Bourgeios and the nature of his death “weighs heavily on us all.”

“We  are working with SEAL Team 8 to provide every form of support we possibly can to Brian's family and teammates," Wetherbee said. “Brian was as tough as they come, an outstanding leader, and a committed father, husband and friend.”

Bourgeios was a 2001 graduate of the U.S. Naval Academy, where he played football. He also attended the naval postgraduate school and “humbly served the Navy and naval special warfare community for over 20 years,” according to the statement.

“Brian was one of our very best leaders, who possessed all the attributes that make our force effective,” NSWC commander Rear Adm. H.W. Howard III said in the statement. “We will miss his charismatic leadership and faithful stewardship of our standard. His legacy carries on in teammates he served with, led and mentored.”