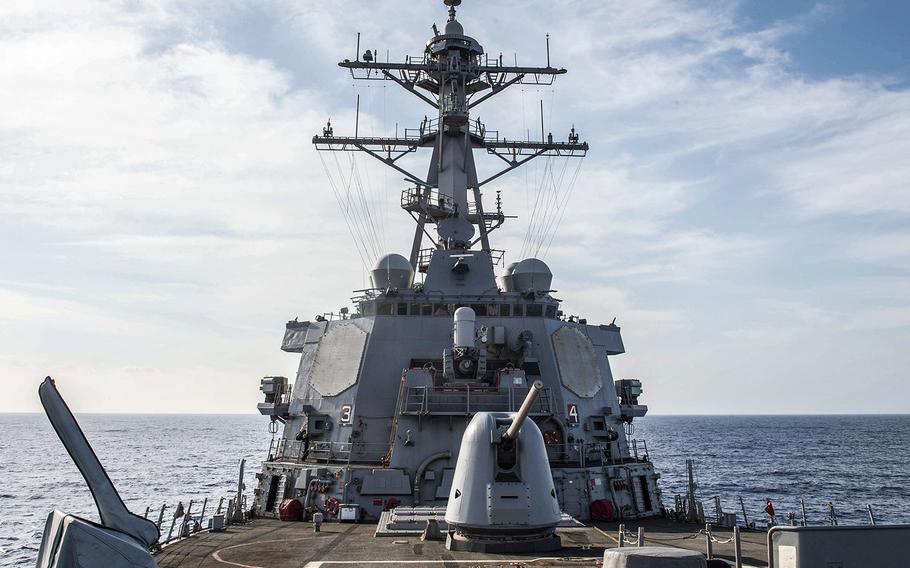 Shipfitter Mark Lancaster, who has worked at BIW for more than 35 years, was chosen to activate the burning machine that was used to cut the first steel for the guided missile destroyer that has been named for Capt. Quentin R. Walsh, a Coast Guard officer who earned the Navy Cross during World War II.

The DDG 132 destroyer will become the 44th ship in its class built in Bath and the third Flight III Arleigh Burke destroyer constructed in Bath.

Advancements in radar and combat systems will make Flight III Arleigh Burkes the most technologically advanced surface combatants in the world, BIW said in a news release.

"Initiating construction of a state-of-the-art ship for our Navy customer is a major event in the shipyard and we are committed to building a ship of exceptional quality at every stage of the production process," BIW President Dirk Lesko said in a statement.

"We are engaged in a long-term competition and the future USS Quentin Walsh will provide the strategic capabilities needed to support the fleet for decades to come," said Capt. Seth Miller, DDG program manager. "Capt. Walsh provided selfless service to his country, and this warship will help to continue his honorable legacy."

Capt. Walsh led a 50-man team in World War II that captured the French port city of Cherbourg. Walsh, in a daring deception, convinced the German commander of the 300-man garrison at the city's fort to surrender because Cherbourg had already fallen.