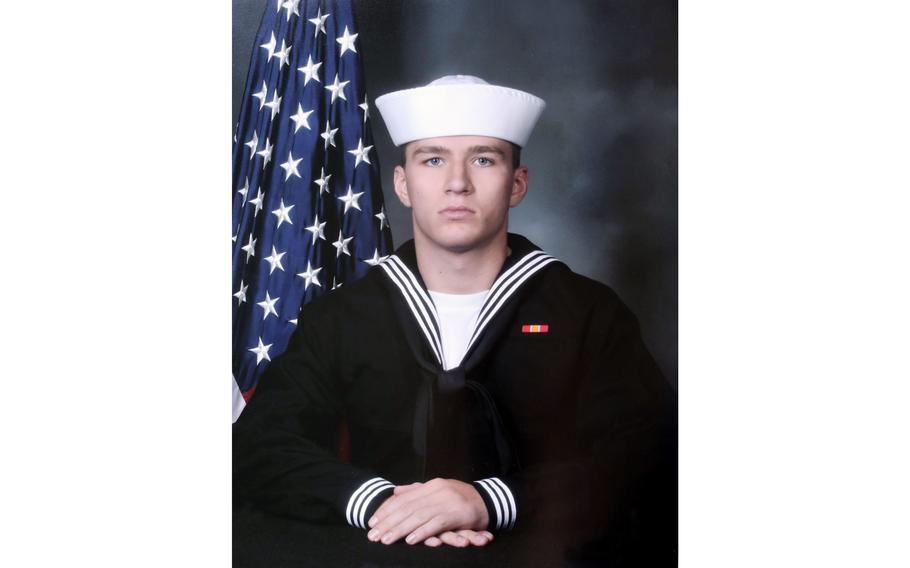 Private and public processions will follow as Soviak is taken to a funeral home in Berlin Heights in Erie County, about 50 miles west of Cleveland. The public is asked to stage along the public portion of the processional no later than 11:30 a.m. along U.S. Route 250 in Erie County.

Soviak, a U.S. Navy Fleet Marine Hospital Corpsman 3rd Class, was killed Aug. 26 with 11 U.S. Marines and one Army soldier in a bombing during evacuations at the gates of Hamid Karzai International Airport in Kabul, Afghanistan.

Soviak was 22 years old and a 2017 graduate of Edison High School, where he was on the football, track, wrestling and tennis teams, and was also in the school band.

Soviak was assigned to the 1st Marine Regiment, 1st Marine Division. The Navy on Sept. 2 posthumously advanced Soviak to the rank of Hospital Corpsman 3rd Class.

"All members of the community are invited and encouraged to pay their respects to Corpsman Soviak and his family along the entire public processional route," Erie County Sheriff Paul Sigsworth said in the release. "Please exercise caution if parking along a road right-of-way to ensure that your vehicle is entirely off of the traveled portion of the roadway."

Veteran Service Organizations with motorcycle escort units are asked to stage no later than 11:30 a.m. at the commercial vehicle transfer lot located near the Ohio Turnpike's toll booths at Exit 118 and U.S. Route 250.

The public processional route is scheduled to proceed south on U.S Route 250 from the Strecker Road intersection to state Route 113 East, east on state Route 113 East through the village of Milan, passing Edison High School, north on Berlin Road to West Main Street in Berlin Heights, east on West Main Street to South Street (state Route 61), then south on South Street to the end of the procession at Morman-Hinman-Tanner Funeral Home.

"All motorists traveling in the general area of the public procession between the approximate times of 11:30 a.m. and 3 p.m. should be aware of the possibility of intermittent total road closures by law enforcement officers along and adjacent to the public processional route," Sigsworth said.