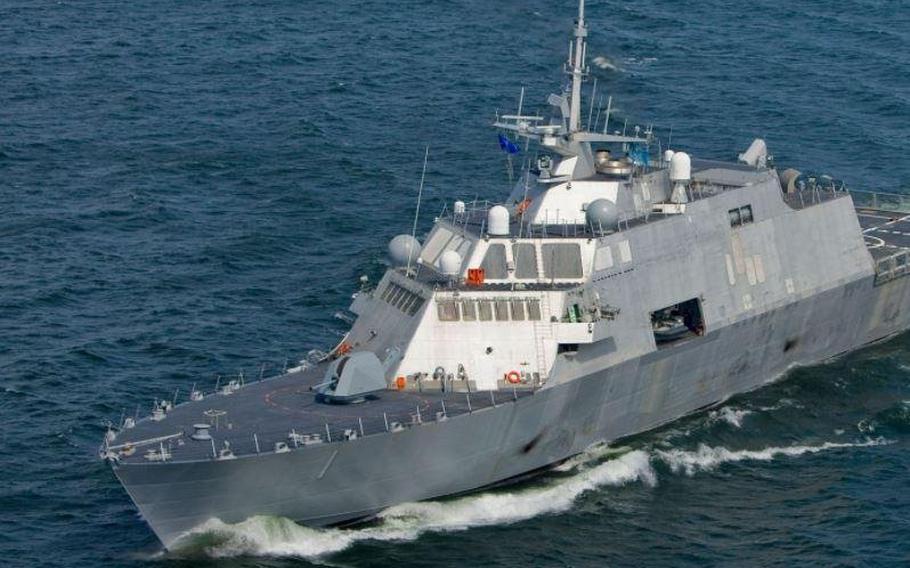 The Lockheed Martin-led shipbuilding team launched the Littoral Combat Ship (LCS) 27 into the Menominee River at the Fincantieri Marinette Marine Shipyard in Wisconsin. Polly Spencer, ship sponsor and wife of Richard V. Spencer, the 76th Secretary of the U.S. Navy from 2017 to 2019, christened the ship the future USS Nantucket.

Spencer calls Nantucket home and described the island Saturday as “a town with such a rich and storied maritime history,” according to an announcement of the christening. The island was a whaling hub in the 1800s and home to generations of American sailors, officials noted.

The last Navy ship to be named the USS Nantucket was commissioned in 1862 to serve the Union side during the Civil War, according to officials.

Nantucket Town Manager C. Elizabeth Gibson said at the ceremony that the community is proud of a ship bearing the island’s name fulfilling “critical missions” for the country in the years to come. “The future USS Nantucket will truly honor the rich heritage of the people of Nantucket and the maritime legacy that the island represents,” she said, according to released remarks.

The LSC Freedom-variant was described as “a resilient, flexible warship, designed to meet the evolving missions of the U.S. Navy“ by Steve Allen, Lockheed Martin Vice President, Small Combatants and Ship Systems. Unique among combat ships, the LCS is designed to complete close-to-shore missions through its speed, strength and versatility, and is a growing and relevant part of the Navy’s fleet, according to the press release.

It is “designed from the keel up to affordably take on new capabilities including advanced sensors, missiles and cutting-edge cyber systems,” the release said.