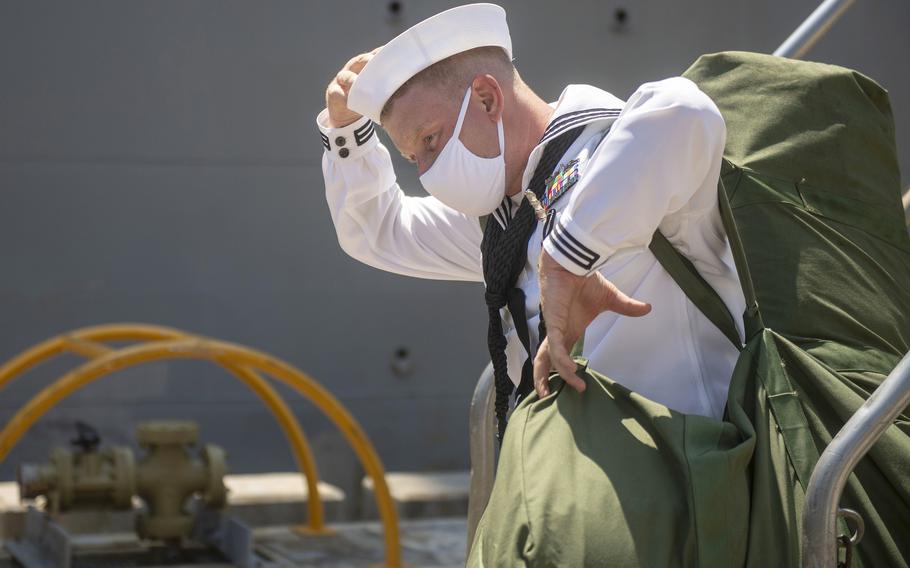 Sailors who missed vacation opportunities during the coronavirus pandemic may carry up to 120 days of unused leave for another three years, the Navy announced Wednesday.

The leave time — twice the carryover amount allowed in normal times — must have been accrued during the current fiscal year, which ends Sept. 30, according to a Navy memo.

The pandemic has made it difficult for many sailors to take time off and necessitated the Special Leave Accrual policy, the service said.

Sailors are allowed to retain the special leave they have accrued during the current fiscal year until Sept. 30, 2024, the Navy said. Leave accrued after Sept. 30 is not protected by the policy.

The memo made no mention of leave policy for the Marine Corps.

Enlisted sailors who have more than 120 days of leave can “sell back leave,” the Navy said. “This is limited to once in a career and counts towards the 60 day career limit.”

Officers are not authorized to sell back leave.

The Office of the Secretary of Defense approved leave carry-over for all the services during the previous fiscal year that ended Sept. 30, 2020, due to the pandemic.

The Pentagon has left each service to set its own accrual carryover policy for the current fiscal year.

The Navy’s policy was approved by the Assistant Secretary of the Navy for Manpower and Reserve Affairs.