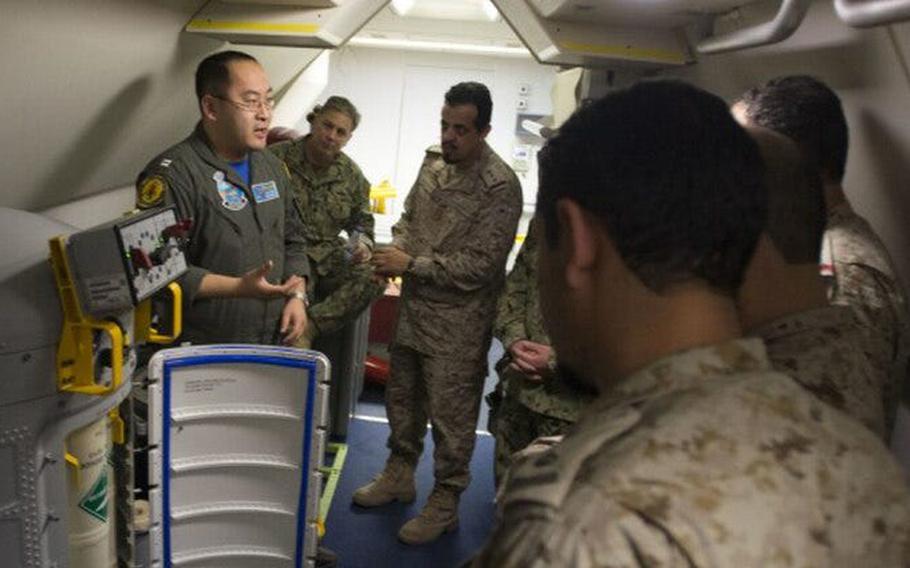 (Tribune News Service) — A Chinese business executive who wanted to copy American-made boat engines to sell to China's navy was sentenced Wednesday evening to 42 months in prison by a federal judge in Jacksonville.

Ge Songtao, who was indicted in 2019 along with a Jacksonville-based U.S. Navy officer and two people working for his company, pleaded guilty in November to two export reporting crimes authorities turned up during a three-year investigation that used foreign-intelligence surveillance warrants.

The sentence was more than federal guidelines prescribe but well short of the seven years prosecutors requested from Senior U.S. District Judge Harvey Schlesinger. The maximum possible sentence was 15 years.

The judge's decision punctuated a case that has been shrouded by national-security precautions that led to dozens of documents being filed under seal to prevent public disclosure.

The sentencing leaves only one case unresolved from the four people indicted in 2019. Lt. Fan Yang, who had been assigned to a command at Naval Air Station Jacksonville, is scheduled to stand trial next month on charges involving gun crimes and lying about the extent of his connection to Ge.

But in arguments to the judge, a prosecutor described a case about equipment for America's military being copied for re-sale to potential enemies.

"His business plan is to buy up Western technology and replicate it in China," Assistant U.S. Attorney Michael Coolican said. "He's got to be prevented from doing that."

Ge, the 51-year-old chairman and main owner of a business called Shanghai Breeze Technology Co., admitted in a plea agreement last year to having people at his company try to buy and ship to China inflatable rubber "raiding craft" used by military teams including Navy SEALs.

Ge's company openly bought boats like that from an American wholesaler until 2016, and shipping the boats and engines to China wasn't illegal at that time. (It is now.)

But when his supplier got out of that work, Ge had Shanghai Breeze employees hide the fact that the boats and specialized Evinrude multi-fuel engines he wanted to buy would be shipped to China.

There were good reasons to stay off the radar. The plea Ge signed last year reported an ex-employee of his former supplier said the engines were "for U.S. military only." Ge had also visited an Evinrude competitor's factory in 2017, but the company refused to do business with him, the agreement said.

But Ge, who had built his own factory in China, saw profit potential if he could find a supplier.

Multi-fuel engines — which run on anything from diesel to jet fuel — aren't manufactured or sold in China, and Ge knew he'd have an edge landing contracts with China's military if his engineers could change that.

"They were going to try to reverse-engineer that and then use it in a bid to the Chinese Navy," Ge's attorney, Edward Shohat, said of two Evinrudes that Ge's company bought in 2019 along with two craft from Wing Inflatables in California.

He had a plan for boats too, court filings and lawyers' arguments Monday showed.

In the months before the indictment, Ge's agreement said, his assistant traded texts with an employee of a South Korean company with a factory in China, Bay Industrial, discussing Shanghai Breeze providing a Wing craft that could be used in product tests alongside Bay's newly made inflatable.

In a deposition filed in federal court this week, the assistant, Zheng Yan, described Shanghai Breeze as an agent for three or four American boat manufacturers.

Zheng said one of those was Metal Shark, a Louisiana shipbuilder who won a U.S. Navy contract in 2017 to produce a new-generation patrol boat.

Shohat also mentioned Metal Shark Monday, saying Ge had talked to police in Hong Kong, a Chinese special administrative region formally autonomous from communist mainland China, about potential use of inflatables as well as Metal Shark vessels. In Ge's plea agreement last year, prosecutors agreed to not take any position on "uncharged offenses" including conspiring to act as an unregistered agent of a foreign government in connection with the purchase of a Metal Shark 40-foot Defiant, the vessel design the Navy picked for its patrol contract.

Shohat stressed to Schlesinger that the inflatable purchases that led to Ge's indictment were "perfectly legal," except for a false statement on a single export form. He derided as trivial the findings of investigators he said had obtained four search warrants from the Foreign Intelligence Surveillance Act Court in Washington.

"This was a three-plus year investigation. ... What did they come up with? Nothing. Nothing. What they stumbled on was this export violation," Shhohat said, adding that investigators also placed two "undercover TVs" in Fan Yang's office as part of the investigation.

Prosecutors initially claimed Fan Yang was part of an export conspiracy along with Ge, Zheng and Yang Yang, the lieutenant's wife, who operated a consulting company that worked for Ge. Like Zheng, she took a plea deal last year and was later sentenced to time served.

Prosecutors changed the charges against Fan Yang last year, abandoning any export conspiracy claim but charging the lieutenant with making two straw purchases of guns for Ge, who as a non-immigrant foreigner legally couldn't own guns but enjoyed using them at shooting ranges during business trips he made to America a couple of times each year.