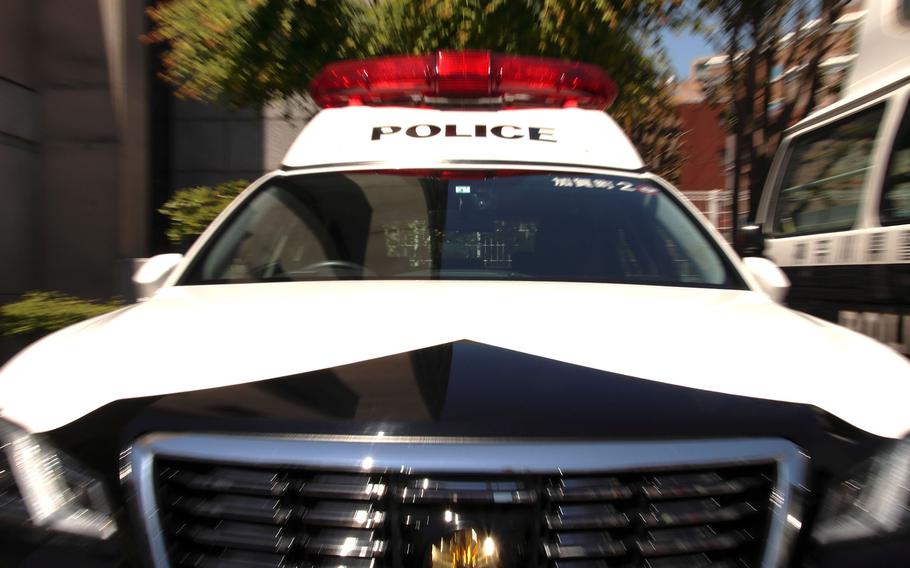 Buy Photo
A police cruiser from Kanagawa prefecture, Japan, is seen in May 2020. (Akifumi Ishikawa/Stars and Stripes)

YOKOSUKA NAVAL BASE, Japan – A U.S. Navy sailor charged with drunken driving after an accident on a Yokohama expressway in May could also face a marijuana charge.

Petty Officer 3rd Class Elijah Oneth, stationed at Yokosuka, was indicted Wednesday by the Yokohama District Public Prosecutors Office on a charge of driving while intoxicated, a spokesman for the office told Stars and Stripes on Friday.

In Japan, prosecutors, not police, file criminal charges against the accused. Some government officials in Japan customarily speak to the media on condition of anonymity.

Police found about one gram of a liquid extract containing the active ingredient in marijuana in Oneth’s car following the accident, the police spokesman said.

Police say the sailor caused a multivehicle accident by driving the wrong way on the Bayshore Route of the Shuto Expressway around 1:55 a.m. May 16.

The sailor told police that a friend sent him the liquid for personal use from the United States by international mail, according to the spokesman.

After the accident, Oneth told police he drove to Tokyo by himself that night and had been drinking in his car, the police spokesman said. Police referred a case of suspected drinking and driving to the prosecutor’s office without making an arrest.

The Kanagawa newspaper reported June 30 that liquid containing cannabis was found in the sailor’s vehicle after the crash and in the ambulance that took him to hospital. The police declined to comment on the allegation at the time, citing the ongoing investigation.

“The sailor was treated at a local hospital and the occupants of the other vehicles did not seek medical care at the scene,” Yokosuka Naval Base spokesman Randall Baucom wrote in an email to Stars and Stripes on June 30.

Baucom said the Navy is cooperating with police.

“The Navy takes all allegations involving misconduct of our Sailors very seriously,” he said.