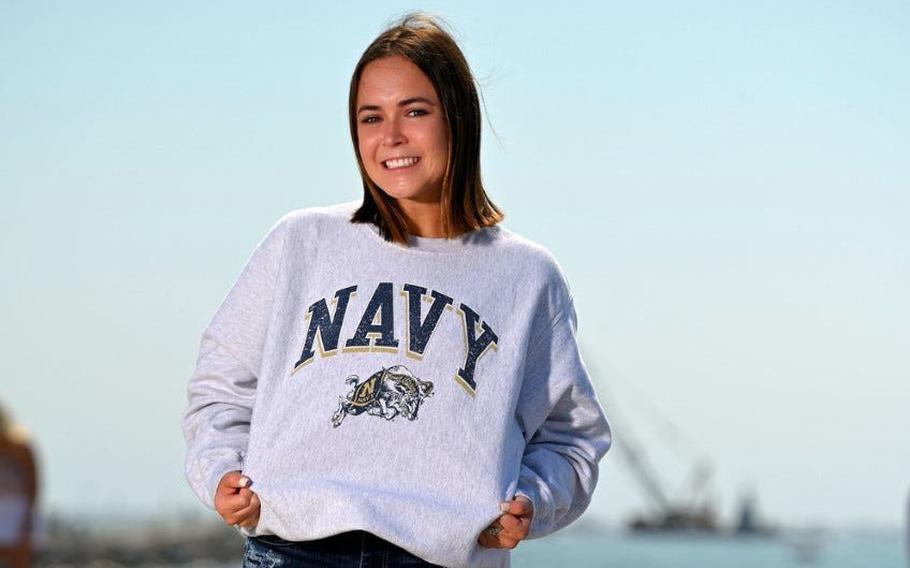 Elizabeth Meyer, an incoming U.S. Naval Academy plebe from Port Orange, Fla., is following in the footsteps of her great-grandfather, a West Point graduate. (Elizabeth Meyer/TNS)

(Tribune News Service) Before most people were getting out of bed for the past four years, Elizabeth Meyer was diving into the pool at the Port Orange YMCA.

All that swimming — not to mention studying — has gotten her to the edge of another deep dive.

Meyer isn’t intimidated by what will likely be a four- or five-year commitment to the military or by what amounts to the Navy’s version of basic training, Plebe Summer, which she starts immediately upon arrival.

For six weeks, plebes have no access to television, movies, the internet or music, and are only allowed to make three calls during Plebe Summer, a Navy news release states.

“I’m definitely a little anxious. ... I’m more excited than anxious,” Meyer said in a recent telephone interview. “I’ve talked to a few people who’ve been through it and they’ve said that nothing really prepares you until you’re there.”

Meyer said she has been running to stay fit going into the Plebe Summer, but she expects it will be more challenging mentally.

“They wouldn’t let you in if they didn’t think you could handle it,” she said.

So while many of her fellow Spruce Creek High School Class of 2021 graduates are preparing to go away to college, Meyer will find herself a midshipman expected to learn basic skills in seamanship, navigation, damage control, sailing, and handling yard patrol craft, not to mention infantry drill (think: marching in formation) and firing 9mm pistols and M-16 rifles.

Meyer, who considers mathematics her best subject, is considering a career as a civil engineer. She had been interested in either the U.S. Coast Guard Academy or the Naval Academy since early in her high school career, as one of her great-grandfathers was a graduate of the U.S. Military Academy at West Point. 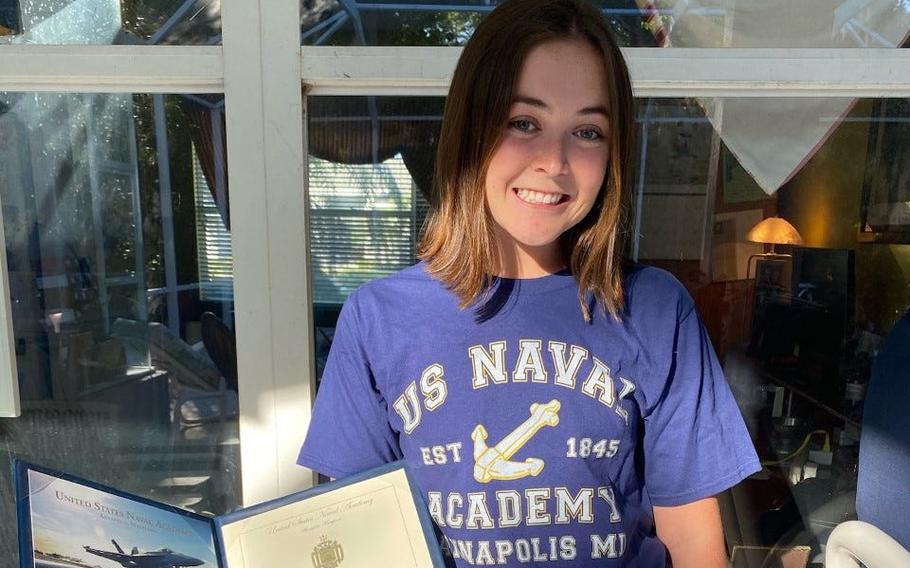 Elizabeth Meyer, a four-time regional swimmer from Spruce Creek High School, is headed to Annapolis, Md.,, where she will attend the U.S. Naval Academy. (Elizabeth Meyer/TNS)

Her parents are Jennifer and Ryan Meyer. Her father encouraged her to consider a service academy, which he himself had been pursuing when a soccer injury disqualified him.

Even though this will be the first time she has lived anywhere other than her Port Orange home, Meyer has family in Baltimore and Washington, D.C., giving her additional support.

When Meyer got her Navy acceptance, she said she had other options lined up, including Florida State University. “I waited a long time to make it official,” she said. “I knew if I didn’t choose to go to Navy, I would regret it in the future. It’s not an opportunity a lot of people get.”

Anne Grams, Meyer’s swimming coach at Spruce Creek, said she was “somewhat shocked” it took Meyer as long as it did for her to commit to Navy once she got accepted, because she knew how badly Meyer wanted it.

“She’s a great girl. She works hard, is a good student and a good athlete and is just what this country needs,” said Grams, who’s also proud to have coached another swimmer who’s completing his first year at the U.S. Air Force Academy, Jack Ramshaw.

Meyer said her best event in swimming was the 100-meter butterfly, and she was proud to have qualified for regionals in each of her four years at Spruce Creek.

“I think swimming really did get me ready for this. I always had a really tight schedule, swimming in the morning, then school, then second practice,” she said.

“I am used to having such a rigorous schedule,” she said, “I know what commitment looks like.”