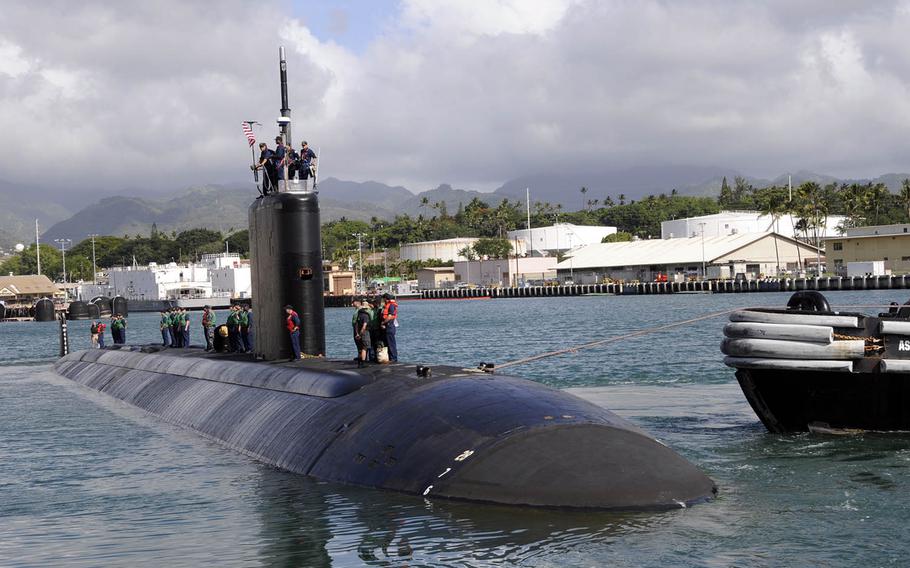 Submarines from Pearl Harbor, Bremerton, Wash. and San Diego are deploying on short notice “to demonstrate their readiness, agility, and lethality, “ according to the U.S. Pacific Fleet submarine force headquartered in Hawaii.

Without the Navy saying so, the exercise is a message to China and Russia about the Navy’s ability to surge its submarines—a stealthy and key U.S. advantage over both potential adversaries.

“The Pacific submarine force is always ready, “ its commander, Rear Adm. Jeff Jablon, said in a release. “Exercise Agile Dagger 2021 allows us to test our capabilities and showcase our warfighters’ ability to rapidly deploy armed submarines into the Pacific.”

To underscore the “armed “ part, the Navy released photos of crews loading a Mark 48 advanced capability torpedo onto the USS Columbia in Pearl Harbor on Wednesday—an activity the Navy rarely publicly shows.

The Columbia is a Los Angeles-class attack submarine based in Hawaii. The newer Virginia-class USS Missouri out of Pearl Harbor is also among submarines that are part of the exercise. The Columbia and Missouri departed Thursday. The Navy said “multiple submarines “ from Pearl Harbor are participating.

“Our submarine force ensures capabilities overmatch by sharpening warfighting capacity in this short-notice exercise, “ Jablon said. “Our unparalleled key to success in undersea dominance is the U.S. Navy sailor. We have, and must continue to develop, the best trained sailors ; so we must test our ability to load out weapons and supplies for extended combat operations, deploying to multiple locations in the Pacific.”