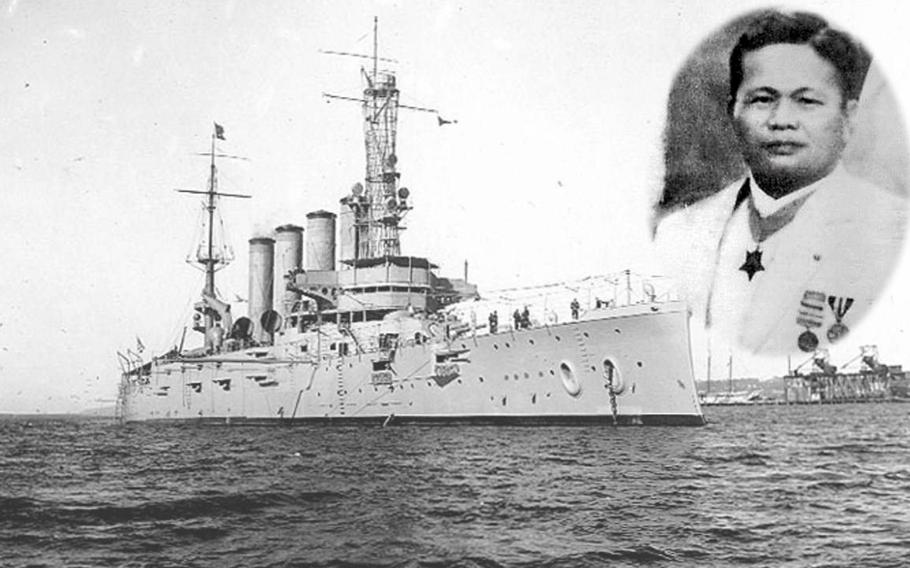 American veterans in the Philippines are backing a campaign to name a U.S. warship after the only Filipino in the Navy to receive the Medal of Honor.

Trinidad’s bravery aboard the USS San Diego during a disaster at sea earned him the nation’s highest military honor, according to the Naval History and Heritage Command.

On Jan. 21, 1915, while on patrol in the Gulf of California, the armored cruiser conducted a four-hour, full-speed and endurance trial. At the end of the trial, an obstructed tube of one of the ship’s boilers gave way, creating a chain reaction of explosions that killed nine men and injured several others, according to the National Medal of Honor Museum in Arlington, Va.

Trinidad’s actions during the disaster as a fireman second class were reported by the Navy’s magazine, Our Navy, in its May 1915 issue, republished by the museum.

“At the time of the explosion, Trinidad was driven out of fireroom No. 2 by the force of the blast, but at once returned and picked up R.E. Daly, Fireman Second Class, whom he saw to be injured and proceeded to bring him out,” the magazine reported. “While passing into Fireroom No. 4, Trinidad was just in time to catch the explosion in No. 3 Fireroom but without consideration for his own safety, although badly burned about the face, he passed Daly on and then assisted in rescuing another injured man from No. 3 Fireroom.”

For his valor that day, Trinidad received the Medal of Honor, a letter of commendation and a gratuity of $100, the equivalent of about $2,700 today, the magazine reported.

Ensign Robert Cary, who held doors open to allow sailors to escape a burning fireroom on the ship, was also awarded the Medal of Honor. 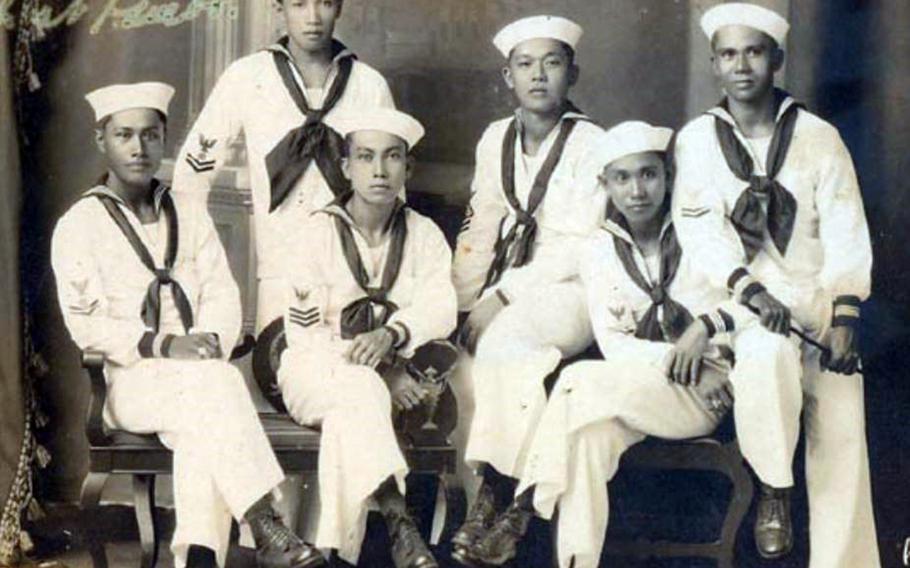 After the Philippines obtained independence in 1946, over 35,000 Filipinos were recruited into the U.S. Navy from 1952 to 1992 under a provision of the Republic of the Philippines-United States Military Bases Agreement. (USS Telesforo Trinidad Campaign)

Trinidad was born on Nov. 25, 1890, in New Washington, Aklan province, Panay, Philippines. He enlisted in the U.S. Navy as part of the Insular Force in the Philippines in 1910 and served during both world wars until his retirement in 1945. He lived in Imus, Cavite, Philippines, until his death on May 8, 1968, at age 77, according to a website set up by the campaign.

Tens of thousands of Filipinos have served in the U.S. military. After the Philippines obtained independence in 1946, over 35,000 Filipinos were recruited into the U.S. Navy from 1952 to 1992 under a provision of the Republic of the Philippines-United States Military Bases Agreement.

Thousands of Americans of Filipino descent enlisted during the same 40 years, and continue to do so, according to the campaign’s website.

In an April 20 letter to Acting Secretary of the Navy Thomas Harker, Rep. Joe Courtney, D-Conn., wrote: “Naming a future Navy warship after this hero, Telesforo Trinidad, sends a powerful and timely message about our nation and our Navy’s diversity.”

However, the campaign’s efforts have been delayed because President Joe Biden has yet to confirm a permanent Navy secretary, according to Dennis Wright, a former Navy captain living in the Philippines. He is an adviser to the ship-naming campaign.

Wright, in a telephone interview Thursday, said he’d worked with many Filipino sailors during his 33-year career.

“It would be great to announce a ship-naming this month as part of Asian Pacific heritage month,” he said.