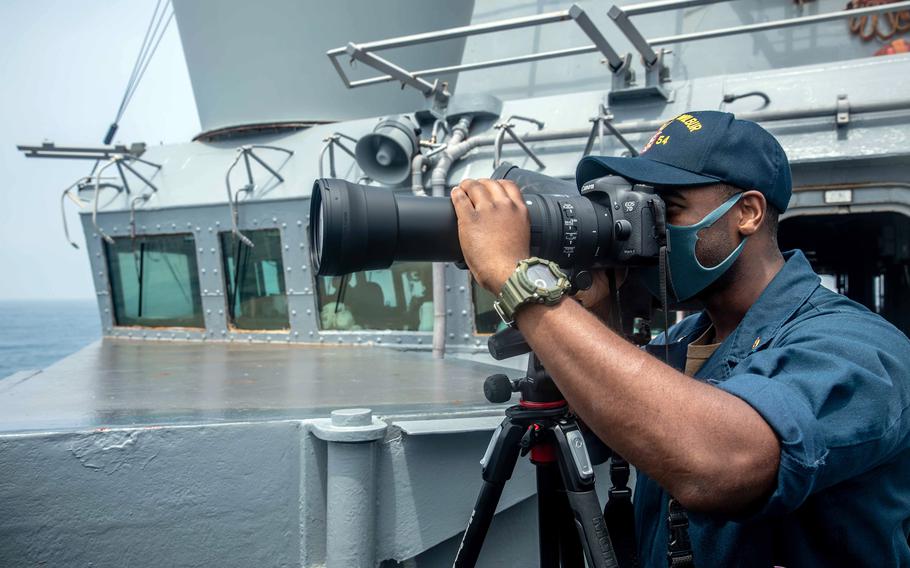 A guided-missile destroyer sailed through the Taiwan Strait on Tuesday, the fifth time a Navy ship has passed this year through the politically sensitive waters that separate the island from the Chinese mainland.

The USS Curtis Wilbur’s passage “demonstrates the U.S. commitment to a free and open Indo-Pacific,” the Navy said in a statement Tuesday.

The Navy sent warships through the Taiwan Strait 11 times in the fiscal year that ended Sept. 30, according to a January report by the Congressional Research Service.

Beijing considers Taiwan a renegade province that must, at some point, be unified politically with the mainland.

Such U.S. actions are “sending wrong signals to the ‘Taiwan independence’ forces, deliberately disrupting and sabotaging the regional situation and endangering peace and stability across the Taiwan Strait,” he said in a statement on the Defense Ministry’s website.

The high tempo of Navy transits through the strait coincides with the Communist Party of China’s tightening grip on Hong Kong and a belief by some that Beijing could use force on Taiwan to bring it to heel.

In June last year, China imposed a national security law on Hong Kong that was quickly used to silence or imprison dissenters.

That move ran contrary to China’s agreement to allow Hong Kong a degree of political autonomy – the so-called “one country, two systems” principle – after Great Britain handed over the former colony in 1997.

Beijing had likewise maintained for years that unification with Taiwan would be peaceful and mutual, and in 2019 Chinese President Xi Jinping touted the possibility of “a two-systems plan for Taiwan,” the Congressional Research Service report said.

Taiwan President Tsai Ing-wen declared such an approach “not viable” in the wake of Beijing’s actions in Hong Kong, according to the report.

Over the past year, China has stepped up aggressive actions toward Taiwan, including flying fighter jets into its airspace.

The Navy sent the John S. McCain through the strait in early April shortly after China had flown military aircraft into the island’s air defense zone and conducted drills with an aircraft carrier group in nearby waters.

The destroyer also passed through the strait in February.