Vice Adm. Faller: 'I was cleared of all wrongdoing' in 'Fat Leonard' case 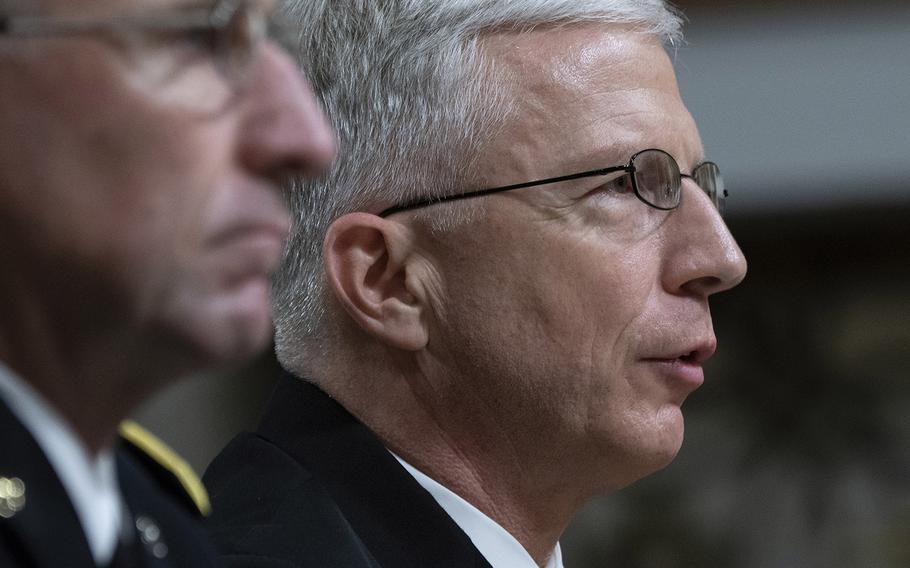 WASHINGTON — Vice Adm. Craig Faller, who has been nominated as commander for U.S. Southern Command, told a panel of senators on Tuesday that any questionable ties to the so-called “Fat Leonard” case are behind him.

Faller, a 1983 graduate of the U.S. Naval Academy and has served as the senior military assistant to Defense Secretary Jim Mattis since January 2017, made the comments during a joint nomination hearing before the Senate Armed Services Committee.

On Tuesday, Faller was adamant he didn’t have nefarious contacts with Francis’ affiliated companies, such as Glenn Defense Marine Asia or Glenn Marine Group. The Navy also had found no fault in his actions.

“After a lengthy and thorough investigation by several different law enforcement organizations, I was cleared of all wrongdoing,” Faller said. “I’ve never solicited, accepted or asked for a gift from Glenn Marine Defense and every decision I made, event I attended, I had had ethics counsel review.”

But the Fat Leonard report was a cloud over Faller’s nomination Tuesday, and lawmakers appeared eager to hear from him about the scandal.

“I know you are prepared to address comments that were raised recently in the press, which I think are important to get before the committee,” Sen. Jack Reed, D-R.I., ranking Democrat for the Senate Armed Services Committee, said apparently referencing the Fat Leonard case. “There are certain allegations that have arisen with respect with your participation. But my understanding is that they’ve all been fully investigated, …you’ve been exonerated from any culpability.”

Faller’s other assignments include serving as an assistant to the U.S. Pacific Command and U.S. Central Command chiefs, and later as director of operations for Central Command.

“Admiral Faller, you have been nominated to lead our forces in Southern Command at a time of increasing regional concerns, with instability on the rise and Venezuela potentially on the brink of collapse,” said Sen. Jim Inhofe, R-Okla., chairman of the Senate Armed Services Committee. “The National Defense Strategy identifies protecting the homeland and sustaining American advantages in the Western Hemisphere as key priorities. You will be on the frontlines of that work. Combatting illicit networks smuggling drugs, people, weapons, and money will be even more difficult in a theater that lacks sufficient resourcing.”

Inhofe was leading his first official hearing as chairman of the committee on Tuesday, following the death of Sen. John McCain, the Arizona Republican who died Aug. 25 following a 13-month battle with brain cancer.

Reed seemed to agree with Inhofe that Faller would have less resources to take on an extensive list of demands.

“You will be facing a different set of challenges with a much smaller pool of resources, given our focus on near-peer competition with Russia and China,” Reed said. “At the same time, the issue sets that you face are no less challenging, or compelling, especially given the current opioid crisis in the United States. You will play a critical role in the whole-of-government effort to curb the influx of life threatening narcotics into the United States.”

Faller told lawmakers that he was ready to meet the challenge.

“My plain and simple message to our friends in the region: the United States is a reliable and trustworthy security partner,” he said. “Our commitment is unwavering.”