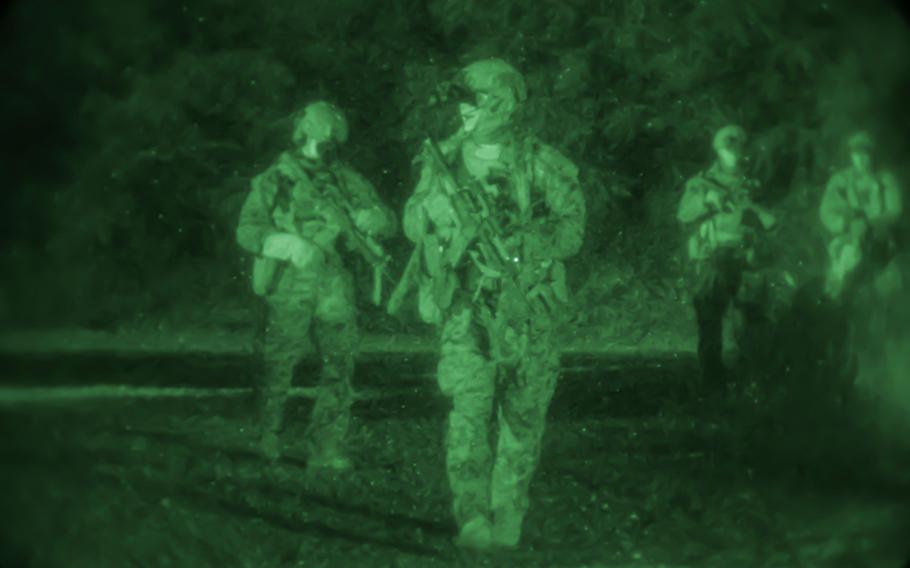 The annual exercise, known as the Realistic Urban Training Exercise, or RUTEX, is part of the Marine unit's pre-deployment training program. The exercise will involve approximately 100 Marines conducting simulated raids on a variety of targets across the island, according to a Tuesday news release.

The exercise is coordinated with the state government, local landowners and law enforcement authorities. Members of the Honolulu Police Department and other law enforcement agencies also will participate in portions of the training.

"Members of the public may hear increased noise from ground tactical vehicles, military aircraft, blank gunfire, and simulated explosives," the Marine Corps said in a news release. "Law enforcement personnel and military exercise safety staff will be on-site for each simulated raid."

The exercise was first held in Hawaii in 2019. Training venues for the exercise have included Pearl Harbor, Wet'n' Wild Hawaii water park, Kalaeloa Airport, Coral Crater Adventure Park and Dogs of War Airsoft Park in Kalaeloa. The Marines flew across the island in helicopters and occasionally drove through the streets as they made their way to and from targets.

The training on Oahu is intended to give the Marines experience conducting operations in populated urban island and coastal settings as the military increasingly eyes the challenges of operating in the world's littorals — busy muddy waters between the open oceans and shorelines that often bustle with human activity as vessels pass through carrying cargo and people.

The littorals have emerged as a favored environment for transnational crime networks, and have increasingly become sites of geopolitical conflict between nations in regions where disputes have emerged over navigation, fishing and undersea drilling rights. Lately, disputed islands and reefs in the South China Sea have ratcheted up tensions in the critical waterway, through which more than one-third of all global trade travels.

The Maritime Raid Force is specially trained for conducting operations on structures at or near sea, such as large ships, oil rigs or port facilities. It's meant to operate out of ships to conduct sensitive operations at sea and along coastlines, whether it's surveillance and intelligence gathering or small-scale raids.

Last year the exercise began in Pearl Harbor as Marines practiced boarding vessels before moving operations inland. The scenario was set in a fictional Pacific island nation and tasked the Marines with hunting an enemy hiding in plain sight. Analysts call that a "grayzone environment," or "below the threshold of conflict." It's not quite peace, but not quite war, either.

In the scenario, an unnamed hostile power had exploited natural disasters in the fictional island nation to spread its influence and was working to build infrastructure to pursue its own interests and support future military operations. Though the enemy was not officially named, the scenario reflected fears among some policymakers as China extends its influence around the globe, including Oceania.