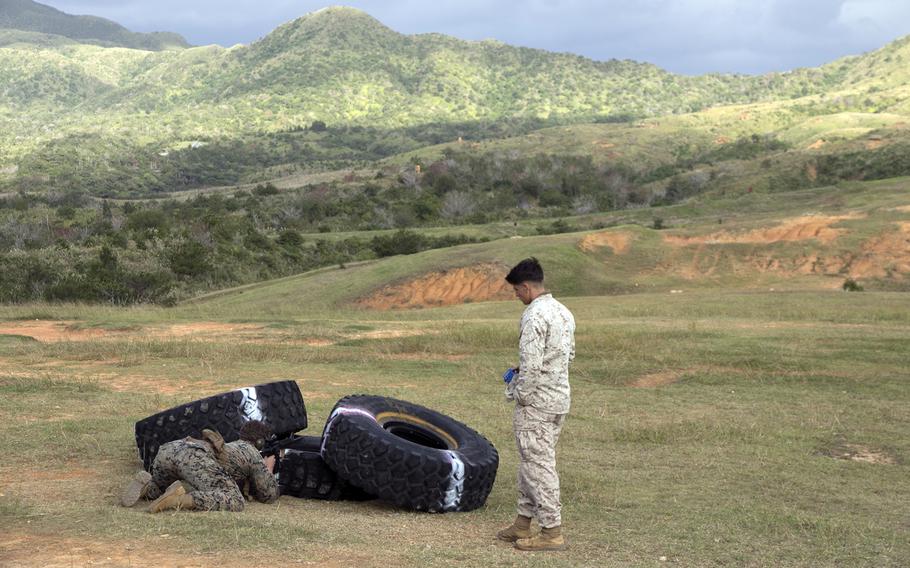 Tetrault, 28, who works on F-35B Lightning II fighters at Marine Corps Air Station Iwakuni, Japan, was one of 158 Marines from Japan and South Korea in the Far East Marksmanship Competition, a 10-day event that concluded Thursday.

“We don’t get to shoot guns as much in the air wing as we would like to, so I wanted to come down here and get some training,” he said just prior to running through a pistol event Tuesday.

The Far East contest is one of five around the world in which Marines test their skills each year with pistols and rifles, as individuals and in teams, in precision shooting and shooting on the move, Chief Warrant Officer 2 Bryan Hagan, the officer-in-charge of Hansen’s marksmanship training center, told Stars and Stripes on Dec. 7. 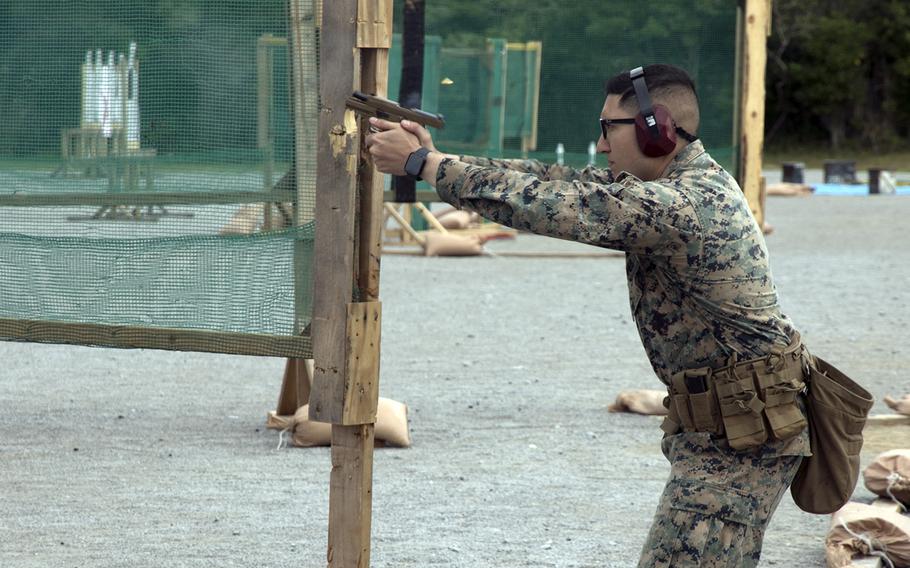 Competing Marines may qualify for marksmanship badges and earn individual awards. The top 10% of shooters by score are invited to the Marine Corps Championships from March 28 to April 7 at Marine Corps Base Quantico, Va., Hagan said.

Tetrault, of Scandia, Minn., ranked early in the Far East competition as a sharpshooter, the middle of three tiers of Marine Corps shooting proficiency. After more than a week of instruction and daylong, complex shooting events, he reached the expert level, what the Corps considers its best shooters.

“Before I showed up, I just wanted to not be the bottom guy,” he said. “I think now I’m hoping to finish overall in the top third.”

Maj. Zachary Leuthardt, spokesman for Marine Corps Installations Pacific, provided a list of top scorers Thursday, but it did not include the winners’ ranks or units.

In the rifle competition, Samuel Nelson and Alexis Santiago were one and two, respectively, and scored gold medals. Nelson finished with an overall average score of 92.4%, while Santiago finished with 89.1%. 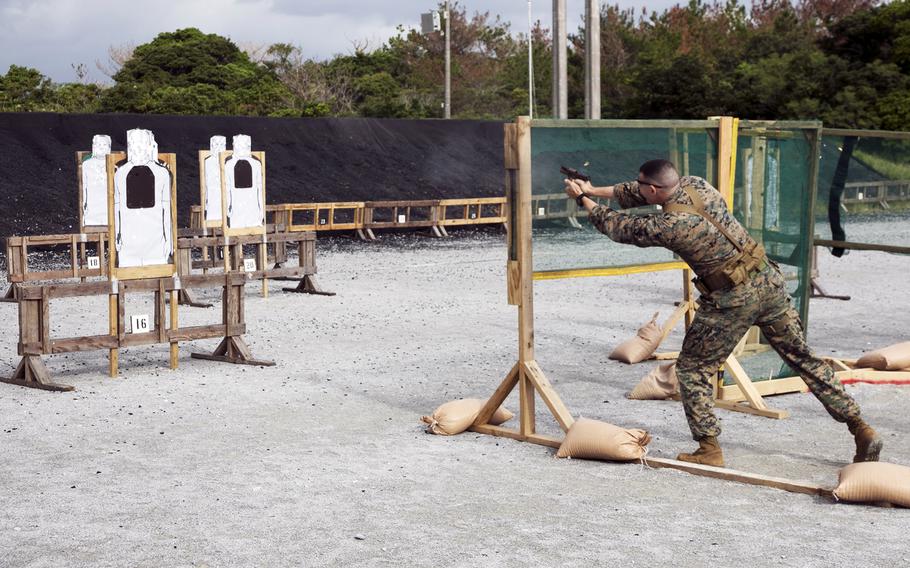 During the most complex pistol event, Tetrault leaned left around one barrier and with his SIG Sauer M18 pistol shot a silhouette target in the head, avoiding the simulated body armor.

He then rushed to an open corridor and fired on several more targets, some in body armor, at varied distances. He concluded the event by leaning around another wall, this time to his right, to hit another stationary target.

The event lasted about 10 seconds. Tetrault emerged smiling from his performance.

He wondered aloud if luck had played a role in his previous successes.

“I don’t think I’m going to place again this year,” said Birkeland, an air traffic controller at Marine Corps Air Station Futenma, Okinawa. “I would like to, but my goal is to not embarrass myself because everyone seems to have high expectations of what I’m going to do.”