‘Forever chemicals’ found in groundwater at MCAS Beaufort; Marines to test nearby wells

(Tribune News Service) — Marine Corps Air Station Beaufort is requesting permission to test drinking water wells on neighboring properties for the presence of man-made “forever chemicals” that have turned up in groundwater at the base at above federal health advisory levels.

The sampling is for per- and polyfluoroalkyl substances — known as PFAS — which can cause health problems if exposure is prolonged. PFAS may be present in off-base drinking water wells, MCAS says, due to past use of firefighting foam or other PFAS-containing materials.

PFAS are valuable chemicals, prized for their water resistance and durability, but they’ve been linked to health problems, including certain cancers, high cholesterol and a weakened immune system. In 2021, the North Carolina Department of Justice filed suit against more than a dozen manufacturers of firefighting foam that contains the so-called toxic “forever chemicals,” which persist in the environment and can build up in people over time.

The majority of residents who live around the MCAS get drinking water from the Beaufort-Jasper Water & Sewer Authority (BJWSA), not from a well, according to the Marines, and their water will not need to be tested. MCAS also gets its drinking water from BJWSA.

However, some properties around the base may have private wells, and the Navy and Marines would like to collect samples, the Marines said. Bottled water, the Marines said, will be provided for drinking and cooking to property owners if levels of PFAS are found to be above health advisories.

A public meeting is planned from 4:30-6:30 p.m. Thursday at the Holiday Inn & Suites, 2225 Boundary Street in Beaufort, where concerns and questions will be addressed and residents can learn more about the drinking water sampling.

In 2020, a preliminary assessment conducted at MCAS Beaufort identified 28 on-base areas where releases of PFAS may have occurred. The Marines and Navy are asking for permission to collect water samples from wells at properties located in the direction of the groundwater flow, up to 1 mile from the releases.

PFAS stay in the environment for a very long time. Several PFAS, the Marines said, are chemicals of emerging concern. Although the Environmental Protection Agency has started the process to establish regulatory levels of PFAS in drinking water, there are currently no Safe Drinking Water Act regulatory standards, just water health advisories for a small number. The advisories, issued in 2016, are not enforceable.

In 2016, the Navy and Marines began conducting investigations at locations where there were known or suspected releases of PFAS.

MCAS Beaufort is working on the sampling in partnership with the South Carolina Department of Health and Environmental Control and the Agency for Toxic Substances and Disease Registry.

Although some types of PFAS are no longer used, some products may still contain them, including stain-resistant carpet treatments, food packaging, water-resistant clothing, cleaning products and firefighting foam, according to the Agency for Toxic Substances and Disease Registry. PFAS contamination may be in drinking water, food, indoor dust, some consumer products and workplaces. Most non-worker exposures occur through drinking contaminated water or eating food that contains PFAS. 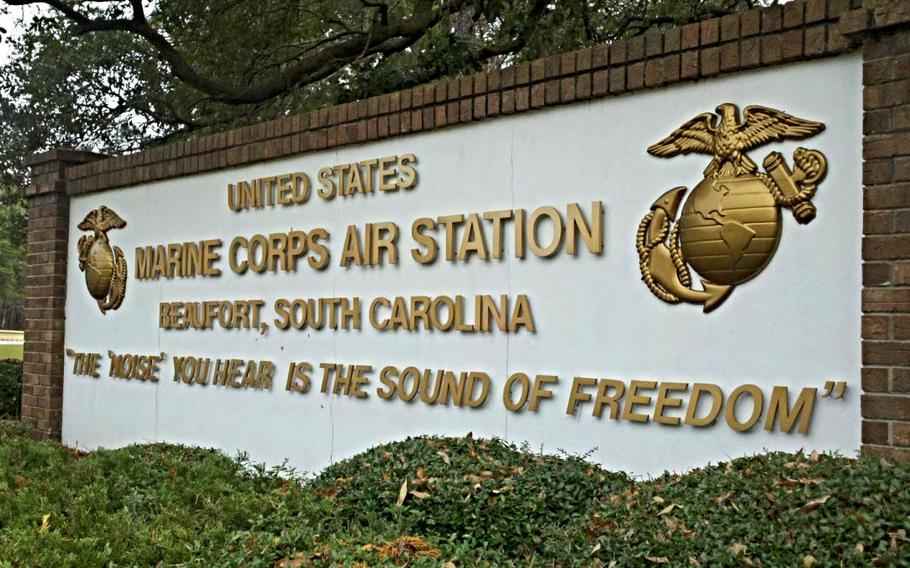