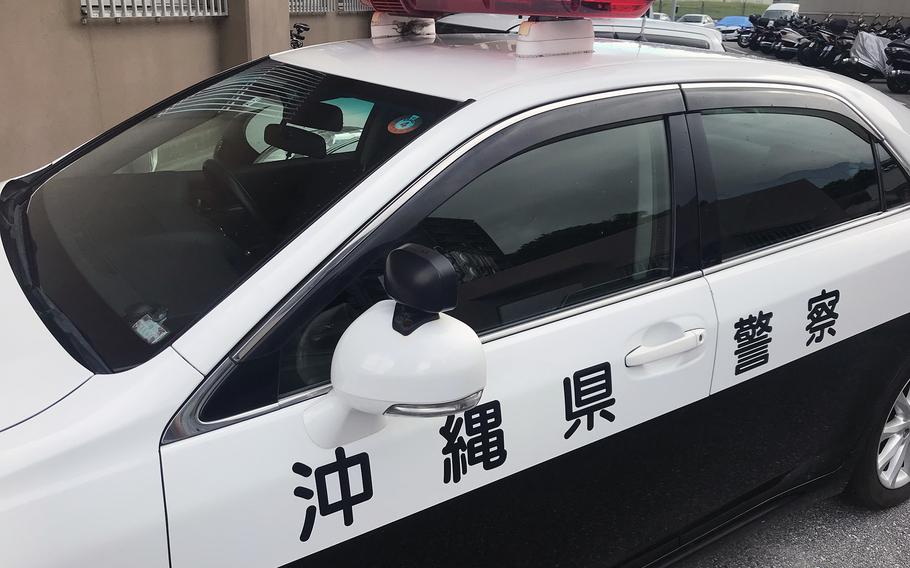 Japanese police say they arrested a Marine from Camp Kinser on suspicion of trespassing following a report of vandalism to a parked car in Naha, Okinawa, Japan, on Nov. 13, 2022. (Matthew M. Burke/Stars and Stripes)

CAMP FOSTER, Okinawa — Japanese police arrested a Marine from Camp Kinser early Sunday on suspicion of trespassing after he allegedly smashed a car window outside a home in Naha city, according to a police spokesman.

The homeowner, in his 60s, reported a foreigner acting violently in the parking area underneath his home.

Police arrived to find Valenzuela shouting in English and bleeding from both hands, the spokesman said. A car in the garage had a smashed window and was stained with blood.

Valenzuela’s blood-alcohol content, according to a Breathalyzer, measured 0.13%, more than four times Japan’s legal driving limit of 0.03%, the spokesman said.

Valenzuela was still being held Monday afternoon at Naha Police Station, the spokesman said. He said Valenzuela told police he doesn’t remember the incident but denies the allegation.

His case will be submitted to the Naha District Public Prosecutors Office, the spokesman said.

Valenzuela, originally of New Mexico, is a supply administration and operations specialist who enlisted in 2020, Capt. Johnny Coronel, spokesman for 3rd Logistics Group, wrote in an email Monday to Stars and Stripes.

“We are currently investigating the alleged incident, and cannot provide further information at this time,” Coronel wrote. “Incidents such as the alleged do not reflect our Corps values and are not in line with the high standard of personal conduct the vast majority of our Marines and Sailors exhibit.”