Officer Gabriel Jesús Torres was off-duty at the time of the shooting, but was on his way to work when he was shot and killed the Hedingham neighborhood, Raleigh Police Chief Estella Patterson said Friday morning. Torres was not in uniform or in his patrol car when he was shot, she said.

Patterson said Torres had been with the department for 18 months. Before that, Torres served as a Marine at Camp Lejeune in Jacksonville. He was a Marine from November 2016 to February 2021, reaching the rank of sergeant, according to information provided to The N&O by the United States Marine Corps.

Torres leaves behind his wife and one child, Patterson said.

In a statement posted to Facebook, the Raleigh Police Protective Association said the organization is “committed to Officer Torres’s family and are in the process of setting up fundraising efforts that are approved and authorized by the family.”

“We ask all of you to please pray and keep in your thoughts Officer Torres and the other victims of this senseless act of evil,” the association said.

News of another law enforcement officer’s death rattled the community still reeling from the fatal shooting of Wake Sheriff’s Deputy Ned Byrd in August. Byrd, a K-9 officer, was killed while on-duty.

Patterson said Thursday’s shooting adds to the “stress and trauma” that officers are facing.

It’s been 20 years since a Raleigh Police officer was killed. That was Sept. 10, 2002, when Officer Charles R. Paul hit a guard rail on Interstate 40 as he attempted to catch up to a speeding vehicle, The N&O reported.

As a sergeant, he was part of Combat Logistic Battalion 24, 24th Marine Expeditionary Unit and the 2nd Marine Logistics Group.

His military occupancy specialty was as an electrician.

His last assignment was at Camp Lejeune in North Carolina. He moved to Raleigh in May 2021, public records show. 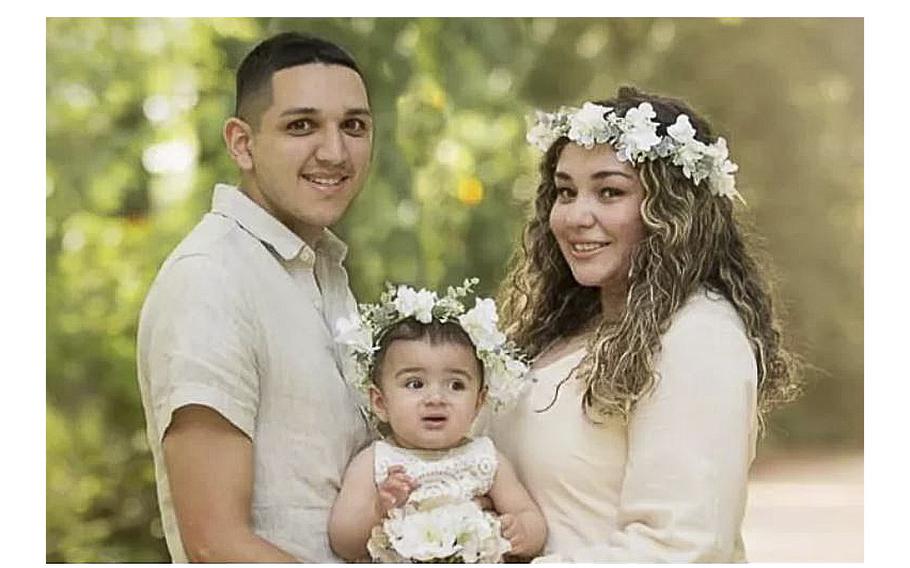 Marine veteran Gabriel Jesus Torres, his wife and their daughter. (Go Fund Me)

Back the Blue NC, “an organization of proud residents from North Carolina who support our local, state, and federal Law Enforcement,” has organized a GoFundMe fundraiser for Torres’ family.

The fundraiser’s description says that “100% of the proceeds collected will be delivered directly to the surviving family.”

The fundraiser is available at gofundme..

Anna Johnson and David Raynor contributed to this story.