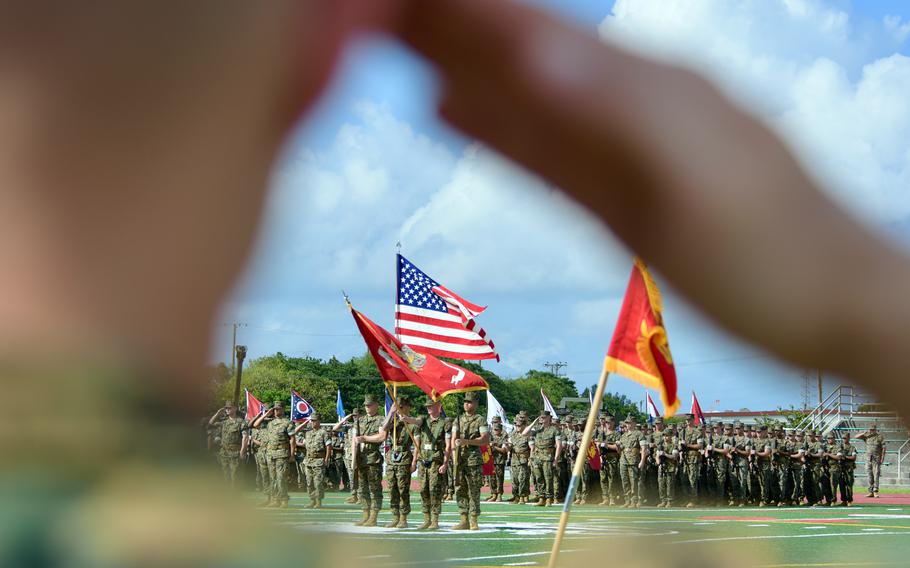 CAMP HANSEN, Okinawa – Born in the midst of World War II, the Marine Corps’ 3rd Division played key roles on Guam and Iwo Jima and again in Vietnam at Khe Sanh and the evacuation of Saigon.

Subsequent generations of its Marines fought in Kuwait, Iraq and Afghanistan. From its beginnings, the division has stood watch in the Western Pacific.

On Wednesday, Marines and sailors of the 3rd Marine Division, flanked by rocket launchers, artillery pieces and U.S. state flags, marked the division’s 80th anniversary with a ceremony beneath a scorching September sky.

“I am proud of each and every one of the thousands of young men and women who had volunteered and honorably served over these 80 years,” division commander Maj. Gen. Jay Bargeron said to Marines at parade rest on the Camp Hansen field and to guests filling the nearby bleachers.

“Some better known than others, but together collectively they've been the real strength of the division,” Bargeron said. “Men and women of many different backgrounds but with one important thing in common: selfless desire to serve their country as Marines and sailors.” 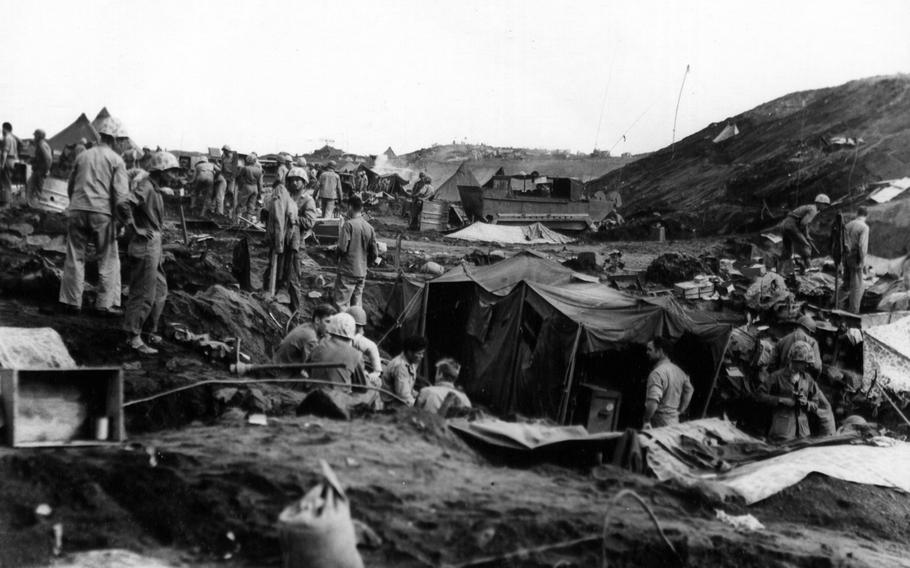 The 3rd Marine Division played key roles on Guam and Iwo Jima during World War II and again in Vietnam at Khe Sanh and the evacuation of Saigon. (U.S. Marine Corps) 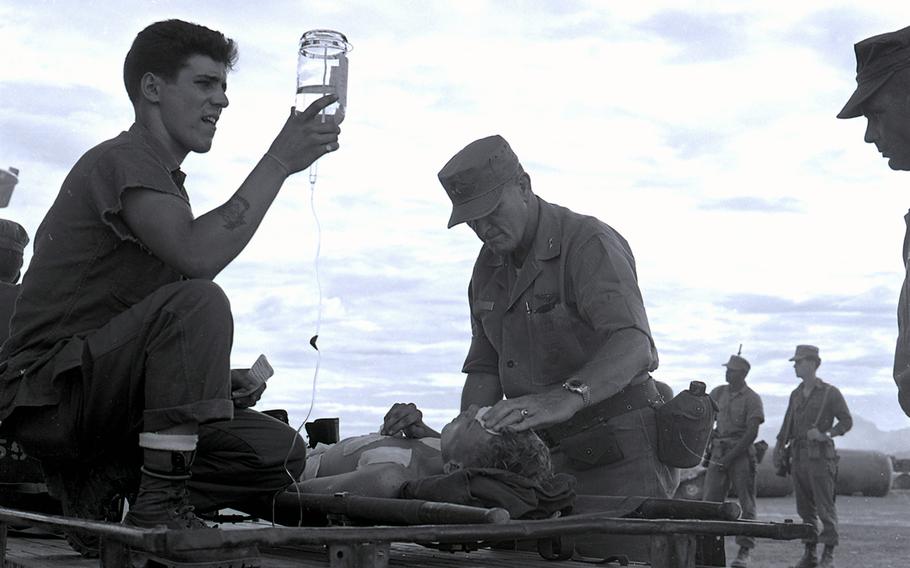 The 3rd Marine Division played key roles on Guam and Iwo Jima during World War II and again in Vietnam at Khe Sanh and the evacuation of Saigon. (U.S. Marine Corps)

Activated on Sept. 16, 1942, at Camp Elliott in San Diego, the division was relocated permanently to Okinawa in November 1969.

Along the way, the “Fighting Third” has produced more than 40 Medal of Honor recipients, earned 11 streamers for its unit flags, including two presidential citations, in World War II, Vietnam, the Global War on Terrorism and humanitarian relief efforts in Indonesia in 2004. It also took part in Operation Tomodachi, the effort to assist survivors of the Tohoku earthquake and tsunami that leveled communities in northeastern Japan in March 2011.

The 3rd Marine Division today is a “stand-in force” ready to seize and control key maritime terrain on the island chain that stretches from northern Japan down through Okinawa and the Philippines, according to the division's mission statement.

The division has five major elements, including the recently constituted 3rd Marine Littoral Regiment in Hawaii and the 12th and 4th Marine Regiments, the 3rd Reconnaissance Battalion and the Headquarters Battalion on Okinawa, Japan. 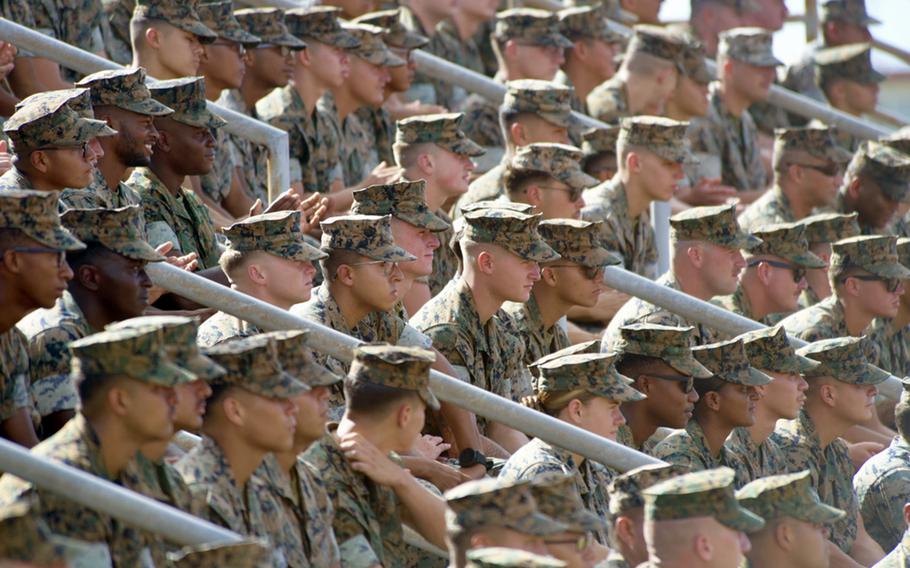 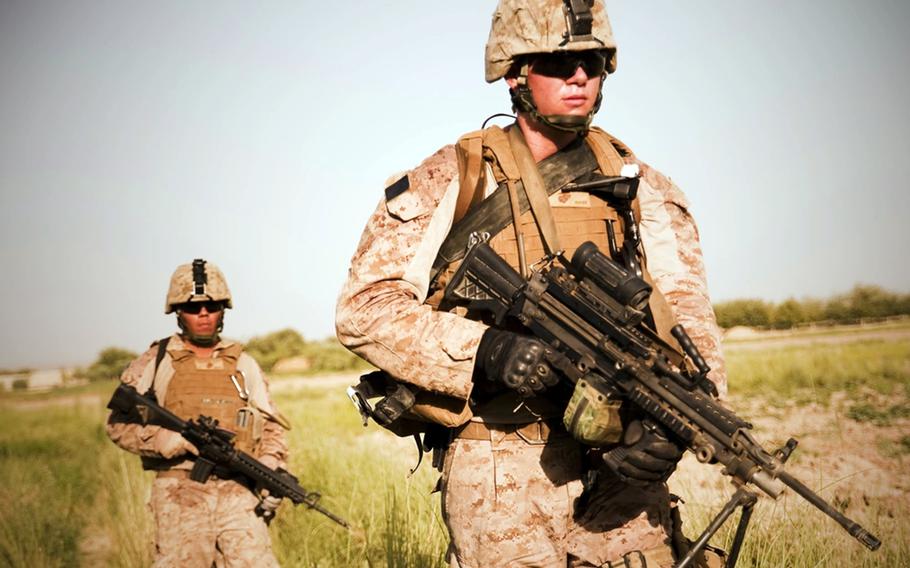 “We are the first line of defense, we are the caltrap, along with the Japanese and our joint partners,” Sgt. Matthew Wampler told Stars and Stripes after the ceremony. The caltrap, the division’s symbol, is a spiked weapon deployed on the ground to slow an enemy’s advance.

Wampler, 24, a native of Seattle and a radio operator with the headquarters’ battalion communications company, has been in the Corps for six years. He said he enlisted in the Marines because “they are the best of the best.”

Sgt. Apreanna Johnson, 28, of Chicago, a 10-year Marine who served in Afghanistan in 2014, carried the colors for 4th Marine Regiment during the ceremony at Hansen.

“To me our motto means to be mentally and physically strong, ensuring we incorporate our [military occupational specialties] into the Marine Corps’ concept as a whole,” she told Stars and Stripes. “I work in supply, but I am also a Marine, I am a rifleman, so I need to be ready to deploy.”

Bargeron concluded the hourlong ceremony by thanking the division’s troops.

“Together every day we operate within range of clear threats to our peace and security, and we do so with great confidence,” he said. “It’s a confidence that’s rooted in the commitment of our allies and partners in the trust of our fellow Marines and sailors and in the legacy of fidelity, honor and valor forged by those who went before us we owe them past and present a great debt.” 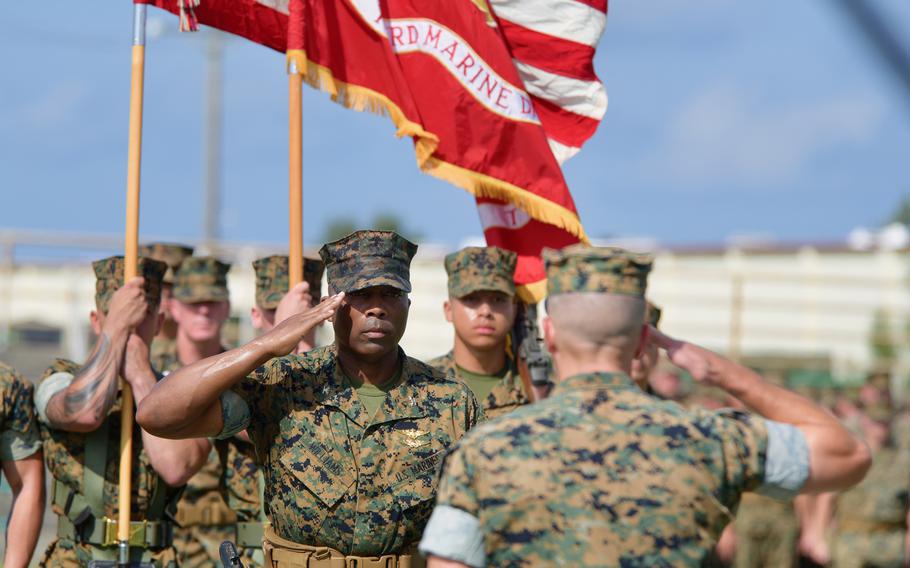