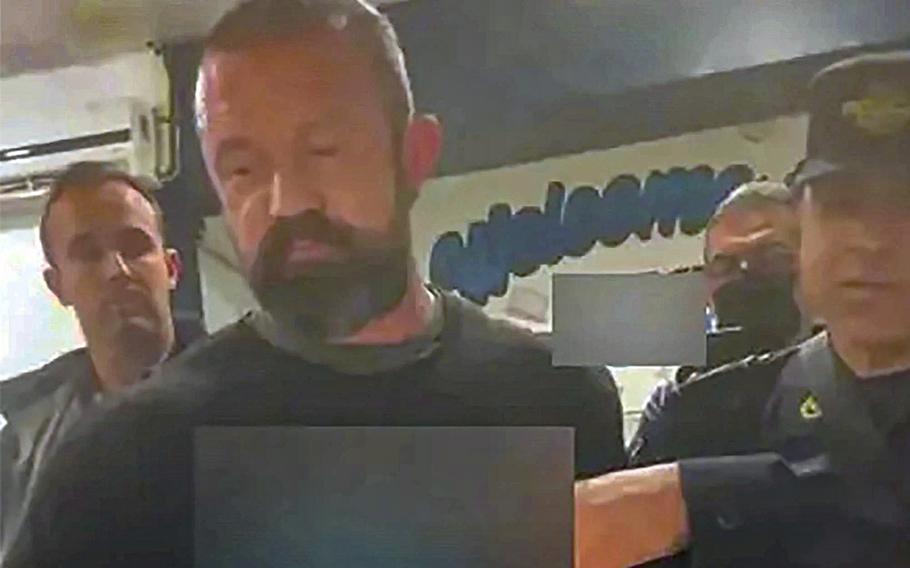 Raymond "RJ" McLeod, a former Marine put on the U.S. Marshals Most Wanted List, was captured in El Salvador just more than six years after he allegedly murdered his then-girlfriend inside a California apartment.

Krystal Mitchell was discovered beaten to death inside an apartment at the Allied Gardens complex in San Diego on June 10, 2016. At the time she'd been visiting friends in the city with McLeod, who is believed to be the last person to see her alive.

After her death, the San Diego district attorney's office charged McLeod with murder and a warrant was issued for his arrest. Last year, the U.S. Marshals offered $50,000 for information leading to his arrest, making him the first fugitive ever on the Most Wanted List to warrant such a large reward.

"McLeod poses a significant threat to the public and must be brought to justice," the marshals' then-director, Donald Washington, said at the time.

His wanted poster described him as a 5-foot-11, 245-pound "avid bodybuilder and a heavy drinker" with "a history of domestic violence." It also warned that he was likely "armed and dangerous."

Authorities were initially able to track McLeod to Guatemala in 2017 and then Belize the following year, but were ultimately unable to capture him.

Marshals and Salvadoran authorities were finally able to arrest him Monday around 4:10 p.m., thanks to a tipster who reported he was teaching English in a school in Sonsonate, about 40 miles west of San Salvador near the Pacific Ocean, Fox News reported.

"WHAT A GREAT DAY!!!!"she wrote on Facebook Monday, while thanking the marshals for their "excellent work."