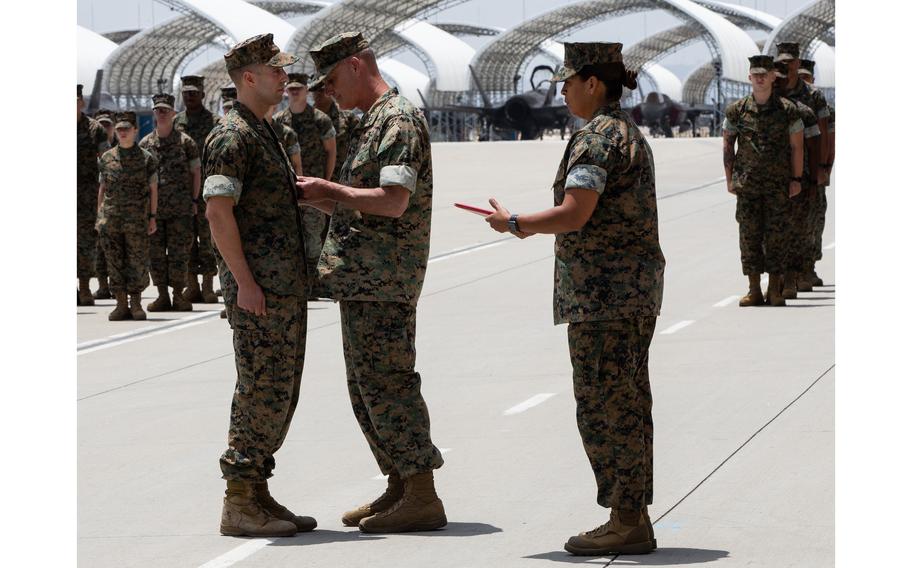 SAN DIEGO (Tribune News Service) — The Marine Corps pilot who safely landed a KC-130J tanker in a California field after a midair collision with an F-35B in 2020 received the highest military aviation award Wednesday in San Diego, the Marines said in a news release.

Wolff landed the four-engine plane in a farmer’s field with the help of six crew members and a co-pilot, the Marine Corps said.

What the Marines’ news release doesn’t say is that Wolff lost those two engines due to a midair collision with a Marine Corps F-35B Lightning II jet while conducting refueling operations on Sept. 29, 2020. The pilot of the F-35 safely ejected before the jet crashed in the Imperial County desert. The four-engine KC-130, its two right-side engines heavily damaged in the collision, made an emergency landing in a field near the Salton Sea.

“I’m thankful how everything turned out. I’m happy to be alive,” Wolff said in a statement. “I still love flying, and I was happy to get up in the air as soon as I could afterwards. Everyone did their part and came together.”

The Miramar-based 3rd Marine Air Wing did not immediately respond to a request for comment Friday.