MCLB-ALBANY, Ga. (Tribune News Service) — What does energy self-sufficiency at a military base in southwest Georgia have to do with military preparedness and the ability to support fighting forces thousands of miles away?

Quite a lot, according to military officials who announced on Tuesday that MCLB-Albany is the first military installation within the U.S. Department of Defense to reach the net-zero energy milestone.

The ceremony at the Albany base was attended by Gen. David Berger, commandant of the U.S. Marine Corps, and Meredith Berger, assistant secretary of the Navy for energy, installations and environment, as well as local elected officials and U.S. Rep. Sanford Bishop, D- Albany.

“This is more than one day, it’s a milestone in a very long journey,” Gen. Berger said during his remarks. “(I) get to recognize so many people who probably don’t get recognition every day. It’s significant not just for the Navy, not just for the Marine Corps, but for the Department of Defense.

The components that came together to allowed MCLB-Albany to meet its energy needs without drawing on commercial power grids include two landfill gas generators fueled by waste gas produced at the adjacent Dougherty County landfill facility, steam produced with biomass and advanced micro-grid controls. The facility can basically produce enough energy to power its operations and even sell excess electricity to Georgia Power Co. during most months.

That means the base can maintain operations during times when storms knock out power or in the event of a cyber attack or physical attack on commercial utilities, Gen. Berger said.

“That’s a vulnerability for us,” he said. “(This) eliminates that threat.”

Climate change has been devastating, and projects that help address it such as this one help reduce the military’s contribution to the threat, Meredith Berger said. More than that, it makes the military more effective.

“We are taking this action and making this focus because it makes us better war-fighters,” she said. “The Marine Corps has a tradition for being the first in the fight. It’s only natural that the Marines should lead here in Albany, Georgia, in energy resilience.”

Eddie Hunt, who was energy manager at the base until his death last year, was recognized for his contributions to the effort.

“His main goal was going completely net-zero,” Hunt’s wife, Lisa Hunt, said during an interview after the ceremony. “Today would be the highest goal he could reach.

“When I got the invitation, I was happy and sad at the same time.”

Bishop responded to the accomplishment as “astonishing” during an interview following the ceremony, and said he was proud of base personnel.

Dougherty County approached Hunt in about 2009 with a proposal for using waste gas generated at the landfill, County Administrator Michael McCoy said.

“We’re very excited to be here,” he said. “It is exciting for this community.” 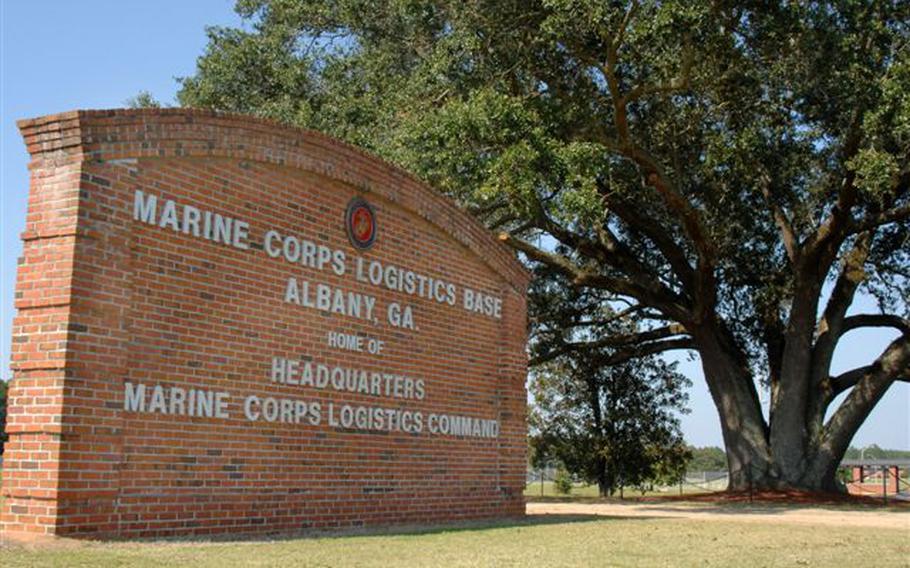