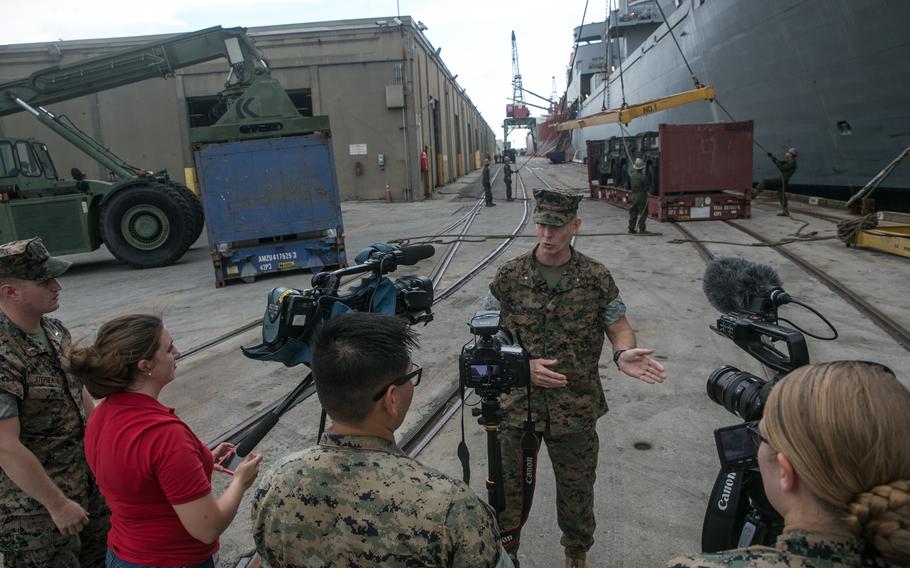 Brig. Gen. Stephen M. Neary, then the 2nd Marine Expeditionary Brigade commanding general, answers questions during an interview at Morehead City, N.C., Sept. 28, 2018. A Marine Corps Inspector General report found that Neary used a racial slur, which he said was part of a “teachable moment,” while speaking to Marines during his assignment as the two-star head of U.S. Marine Forces Europe and Africa in 2020. (Jered T. Stone/U.S. Marine Corps)

STUTTGART, Germany — A former commander of U.S. Marines in Europe who used a racial slur when speaking to junior troops violated the Corps’ standards for leadership, an internal investigation determined.

A report by the Inspector General of the Marine Corps details the July 2020 incident, which ultimately led to Maj. Gen. Stephen Neary’s dismissal as head of U.S. Marine Forces Europe and Africa. A copy of the report recently was provided to Stars and Stripes.

“Neary failed to demonstrate exemplary conduct, as defined by the standard, through his insensitive comments and lack of awareness and appreciation for how divisive his use of a racial slur would be on his organization and offensive to his Marines,” the report stated.

It came in response to complaints from Marines who said Neary used the N-word in front of them after taking offense to the use of the word in a rap song that was being played during physical training outside MARFOREUR headquarters.

Neary acknowledged his use of the N-word in that instance, according to his statements contained in the IG report.

“I was using this as a teaching moment, is what I was doing,” Neary told the IG. “Because again, there is no place for discriminatory behavior at all, in our Marine Corps, across the board.”

However, the IG said Neary’s language, which it said also involved the phrase “you people” when addressing Marines “under the guise of providing correction,” made the situation worse.

“Neary failed to set an example for how to address the situation properly, without escalating it to the point where he unintentionally offended Marines and, as a result, diminished his ability to command,” the IG said. 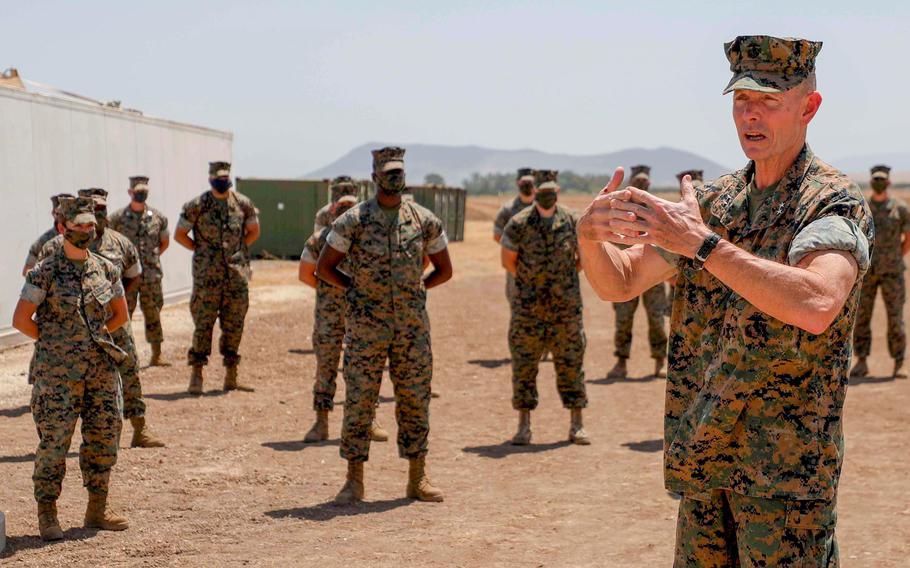 The report, completed in December 2020, came two months after Neary was relieved of command by Gen. David H. Berger. Neary retired from the Marines earlier this year. The report was obtained Friday following a private individual’s Freedom of Information Act request.

The incident, which took place at Devil Dog Field across from MARFOREUR headquarters at Panzer Kaserne near Stuttgart, came at a time of upheaval and protest over police brutality cases in the United States, including the murder of George Floyd.

On the morning of July 22, 2020, Neary had just finished a run and was at the pullup bars doing physical training when he overheard rapper Big L’s song “Put it on,” which was being played by a separate group of Marines doing PT.

Neary ordered the Marines to turn off the music with the offensive language, saying that allowing it to be played could give the impression that he and other Marines condoned the words in it.

“You cannot play songs that use the ‘n-word’ in it because it is counter to good order and discipline. ... We have a problem when we think it is acceptable. Look what is going on across our country,” Neary said in his account to the IG of what he told Marines.

Junior Marines, however, said they were shocked by Neary’s use of the full N-word and the tone of his admonishment.

“Neary said (the word) should never be used and it is a word of hate,’” according to a statement by one of the Marine witnesses.

The Marine’s statement went on to say that Neary told the group that the N-word “is the reason ‘you people’ are doing riots in the U.S.”

Neary acknowledged saying the N-word once but denied that he had repeated it, as other Marines alleged. He also denied saying “you people.”

But the testimony of Marines who made the complaints was found to be consistent, and the report asserts that their statements corroborated one another.

The IG concluded that Neary had “failed to demonstrate exemplary conduct.”