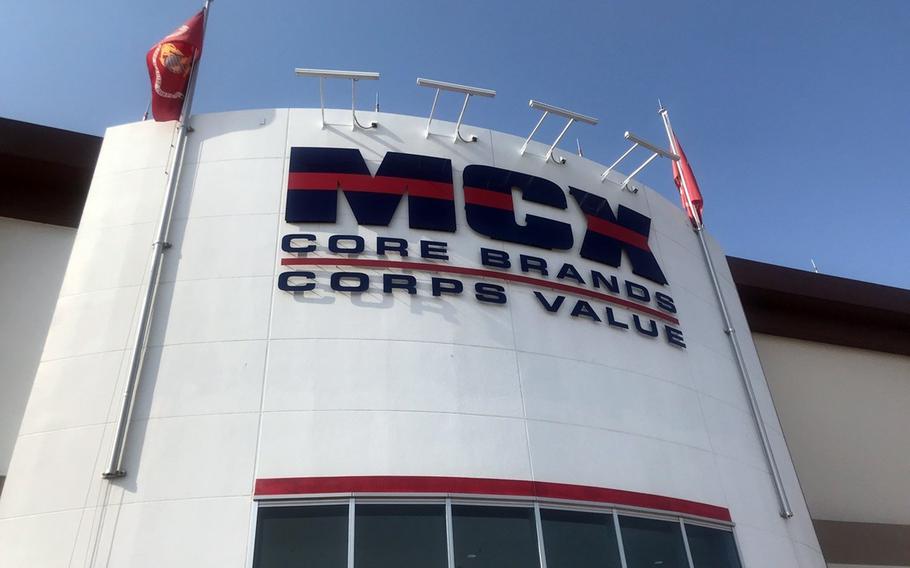 MARINE CORPS AIR STATION IWAKUNI, Japan – The Marine Corps Exchange at this air station is trying to remedy merchandise shortages by shipping more inventory by air rather than ocean carrier.

The one Marine Corps Exchange in Japan feels the same inventory shortage that afflicts retailers worldwide thanks to a pandemic-induced global supply-chain backlog. The slowdown moving goods around the world translated, for example, to shortages of dairy products and other goods on commissary shelves at U.S. bases overseas.

The exchange managers at MCAS Iwakuni are taking several steps, in addition to air cargo shipment, to give shoppers some relief, according to a March 23 statement from Marine Corps Community Services.

“Iwakuni’s remote and isolated location coupled with a [6,000] mile supply chain will remain an ongoing challenge to remain in stock in high-demand and high-velocity merchandise,” said the statement posted on Facebook.

The exchange is also stockpiling merchandise at a California regional distribution center, which should translate into shelves restocked faster, according to Bryan Driver, a spokesman for Marine Corps Exchange Headquarters.

“This process has been in place for about a month, and we are still measuring the positive impact to get back up orders placed immediately,” he told Stars and Stripes by email Wednesday.

No one category of merchandise accounts for the majority of shortages at the MCAS Iwakuni exchange, Driver wrote.

“It depends on seasonality, product availability, vendor fill rates, changes in demand, etc.,” he said. “The past two plus years have had significant COVID impacts for manufacturing and supply chain disruptions across all categories of merchandise.”

The exchange service is also hiring an analyst to track issues with product availability and strengthening its ties to the Army and Air Force Exchange Service.

The analyst will work with the Iwakuni exchange and buyers and managers at exchange headquarters to find ways around supply-chain roadblocks, according to an email Wednesday from Master Gunnery Sgt. Christof Coleman, chief of business operations at MCAS community services.

AAFES and the Navy Exchange have shipped some merchandise to MCAS Iwakuni from their warehouses in Japan, Driver said.

“We are exploring a more permanent and enduring relationship for the future in the products they each warehouse in Japan,” he said. “They too have experienced many of the same challenges [the Marine Corps Exchange] has, except their footprints are much larger and their location is less rural.”

How much merchandise will come to the Iwakuni exchange by air and how much money is allocated to pay for it hasn’t been determined, Driver said.

Air shipments will pick up the slack when a “trigger” occurs, such as unexpected troop movements, a surge in sales like those that occurred during pandemic lockdowns or a delay in a cargo vessel’s voyage time, he wrote.

But some shoppers at MCAS Iwakuni have yet to see improvement.

“I came over from Camp Humphreys and compared to how they were doing to here, they were able to maintain it a lot better,” Mark Brennan, a civilian Defense Department employee, told Stars and Stripes on Wednesday. “With sports season starting up, there are no cleats and nothing like that.”