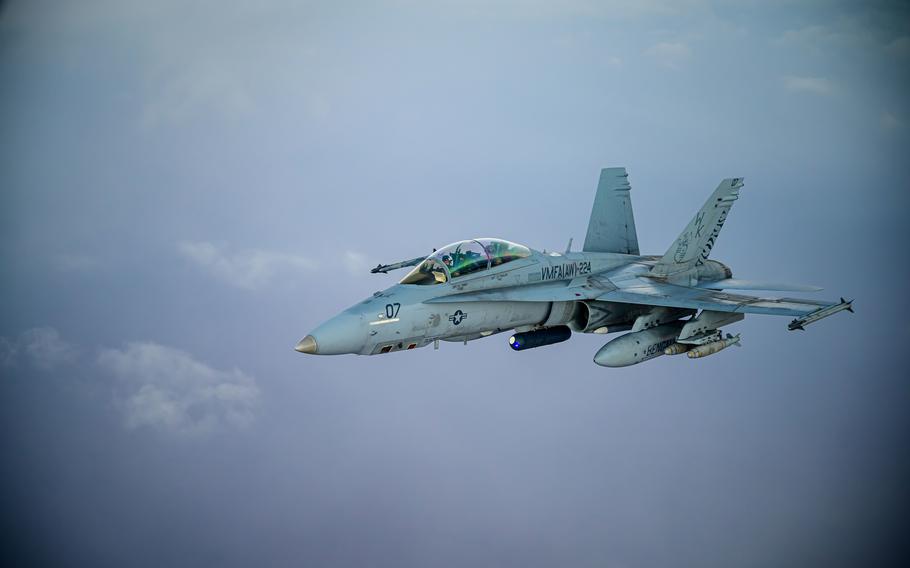 (Tribune News Service) — An Aviation Mishap Board has been convened to investigate the Thursday crash of a 28-year-old, $37 million jet fighter based at Marine Air Station Beaufort that was nearing the end of its service life.

The Marines have issued a call to the public for assistance in the probe, asking residents who took photographs or video of the aircraft before the crash on Coosaw Plantation, four miles north of the air station, to send their name and contact information to bfrt_jpao@usmc.mil.

The crash was the fourth aviation mishap in five years involving an aircraft at Marine Corps Station Beaufort assigned to the 2nd Marine Aircraft Wing (MAW), which also has squadrons at Cherry Point, S.C., and New River, N.C.

Before the F/A-18D Hornet crashed and exploded, two pilots ejected safely by pulling an ejection handle that launched one cockpit followed by the other. The F/A-18D, like the one that crashed, has two seats.

The Marines said the aircraft, which flew 8,318 flight hours of its 9,000-hour service life, was a total loss. The wreckage will remain on the site until the investigation is completed.

The F/A-18 Hornet fleet is an all-weather fighter and attack aircraft with two engines. It’s service, according to a story in the Navy Times, was extended from its initial 6,000 hours to 10,000.

F-35 Joint Strike Fighters are also based in Beaufort.

Aircraft was in service since 1993

The aircraft that crashed was accepted into the naval inventory on Nov. 3, 1993, for $17.3 million ($37.7 million in today’s dollars), said Salinas, the 2nd MAW spokesperson.

After an Aircraft Mishap Board completes its investigation, the aircraft wreckage will be moved via ground transportation to the nearest Defense Logistics Agency disposal site, she said.

The investigation will involve interviews, reviewing the aircraft wreckage, pilot records, aircraft maintenance records and relevant policies, Salinas said. The 30-day investigation is expected to conclude April 2, but could take several months depending on reviews in the chain of command and extension requests.

— An F-35 engine flame-out in 2018, when the pilot ejected safely from a single-seat Lockheed Martin F-35B after crashing on Little Barnwell Island.

No fatalities resulted from any of the mishaps.