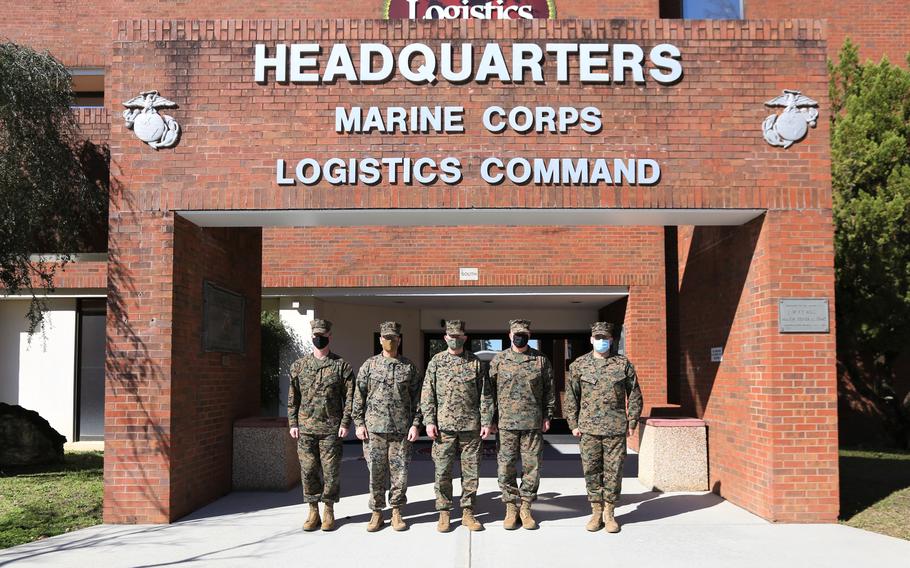 MCLB-ALBANY, Ga. (Tribune News Service) — Through conflicts and wars across the globe, floods, a tornado and hurricane close to home, and base realignments and closures over the years, Marine Corps Logistics Base Albany has played a critical role in defending the country for seven decades.

On Tuesday, the military installation and community celebrated the 70th anniversary of the base, which was established as the Korean War raged.

"The basic fundamentals really haven't changed, sustaining and maintaining the Marine Corps," Col. Michael J. Fitzgerald, the commanding officer of the base, said during an interview following a Tuesday ceremony. "What has changed is the technology."

A small group of Marines set up in temporary buildings in Albany on March 1, 1952, with the establishment of Marine Corps Depot of Supplies. After two name changes, it took its current name on Nov. 1, 1978.

"As recent world events have shown us, the world is not nice. We have to be prepared for the future."

Some of the work at the base includes taking a truck or Humvee that has seen hard service, tearing it down to its individual components and putting it together like new.

During the Iraq War the base quickly mobilized to protect vulnerable vehicles with armor to protect the personnel riding in them from improvised explosive devices.

"At first they had thin-skinned vehicles built for the Cold War," Fitzgerald said.

Protective armor was produced and shipped to help protect the equipment in use, and the military personnel riding in it, until more beefed-up vehicles were manufactured and deployed.

The mission of the base is done with a small contingent of active-duty military personnel and the "civilian Marines" — local employees and contractors who make up the bulk of the work force. There are a total of about 5,000 who work at the facility.

"Ninety-five to 98 percent of the work force are civilian Marines," Fitzgerald said. "This base and the community are one and the same. The community and the base have grown over the years into one unit."

During the ceremony, the audience heard the recitation of accolades from members of Congress, Department of Defense officials and proclamations from Albany Mayor Bo Dorough and the Dougherty County Commission.

Some of those statements noted the natural disasters the base has dealt with and cited the base for continuing its vital mission in the wake of those strikes while also lending a helping hand in the community to save lives and aiding in recovery.

MCLB-Albany is on the cutting edge in terms of technology and innovation and is posed to become the first "net-zero" base through partnerships with the Albany Procter & Gamble plant to provide energy through a biomass generator and with Dougherty County, which provides methane released during the breakdown of waste at its landfill. The $20 million methane generator plant was completed in September 2011.

In another partnership, the base became home to a 44-acre solar farm, with 150 acres leased to Georgia Power Co. for production of power for the company's customers.

The base also is bringing in green cars and charging infrastructure and serves as the site of several pilot projects, including a 5G smart warehouse currently being developed.

"The base's unique size, in that it is smaller, allows the Marine Corps to invest in future technology to secure tax funds, and then it is expanded to the rest of the Marine Corps," Fitzgerald said. "It is efficient and effective with the least cost to the public."

During the 2019 fiscal year, MCLB-Albany had an estimated $1.7 billion economic impact on southwest Georgia, and its 3,600 acres is home to some 40 tenant organizations, including the Georgia Army National Guard, Albany Veterans Affairs Community-Based Outpatient Clinic and Naval Facilities Engineering Command.

"We have a rich history with the Marine base here," Dougherty County Commission Chairman Chris Cohilas, who attended the ceremony, said during a telephone interview. "It's one of our prime assets. I'm very proud it is a prime asset not just for the region but our nation. To see what it has been in terms of Department of Defense status is pretty important."