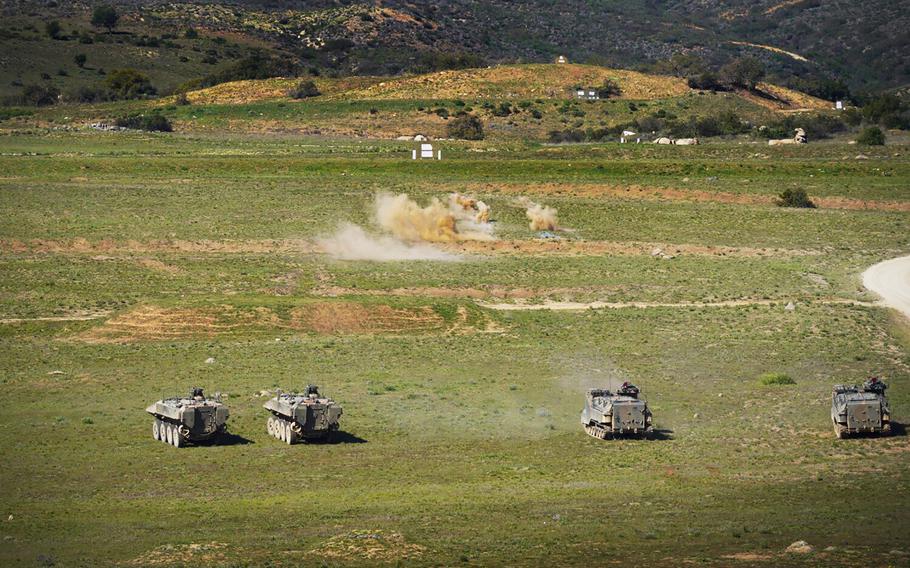 (Tribune News Service) — An annual joint exercise involving the Marine Corps and the Japanese Ground Self-Defense Force proved an opportunity for the U.S. service to prepare its newest amphibious vehicle for a planned deployment later this year, commanders said Wednesday at Camp Pendleton.

The exercise marks the first waterborne operations of the Marine Corps' new Amphibious Combat Vehicle in a named exercise — one of many milestones to come this year as the Corps plans to send the vehicles on deployment, for the first time, later this year with the 13th Marine Expeditionary Unit.

Having ACVs deploy took on new urgency in December when the Marine Corps announced its Vietnam War-era Amphibious Assault Vehicles would no longer conduct operations in the water. That was in response to the deadly sinking of one of the vehicles in July 2020 off the coast of San Diego. Nine service members — eight Marines and one sailor — were killed.

Three separate investigations into the cause of the July 30, 2020 sinking found vehicles in poor mechanical condition, troops not fully trained to swim or escape the vehicles and poor communication and planning on the part of the Navy and Marine leaders in charge that day.

Lt. Gen. George Smith, Jr., the commanding general of the Camp Pendleton-base I Marine Expeditionary Force, told reporters during Wednesday's exercise that the lessons learned from those investigations are being applied to operations during Iron Fist.

"One of the fundamental lessons that we learned was the absolute imperative of progressive, building-block training for both crews and embarked Marines," Smith said. "So we not only benefited in Iron Fist in training with our Japanese allies, but concurrently we were able to lay some of those fundamental building blocks for our ACV platoon to build upon in an extensive pre-deployment training program with the 13 Marine Expeditionary Unit."

For the Japanese, the exercise was an opportunity to hone its amphibious operations, according to Maj. Gen. Shingo Nashinoki, the commanding general of the Japanese Amphibious Rapid Deployment Brigade, who spoke via a translator.

Smith said training with the Japanese is an important part of deterring China in the contested waters of the Indo-Pacific region.

"Together, we are stronger and present a credible deterrence to those that would challenge a free and open Indo-Pacific," Smith said. "The United States and Japan share common goals in the Indo-Pacific region, where effective amphibious operations are vital to effective crisis response, regional maritime security and deterrence."