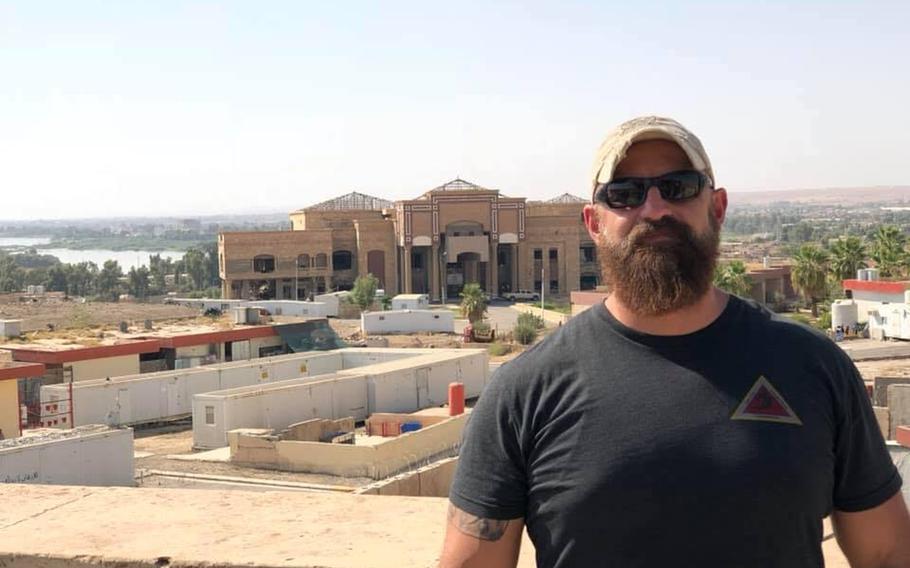 On Jan. 26, Representatives Louie Gohmert (R-TX), Madison Cawthorn (R-NC) and Daniel Webster (R-FL) penned a letter to the Secretary of the Navy and Commandant of the Marine Corps addressing allegations that a Marine colonel's comments may have jeopardized the fairness of the service members' trials.

On Jan. 1, 2019, a defense contractor allegedly initiated a confrontation with the three at an Iraq bar before suffering a knockout blow from Negron, according to reports from United American Patriots (UAP) and the Marine Corps Times.

The contractor, an Army veteran identified as Rick Anthony Rodriguez, was taken back to base by the MARSOC 3, and died days later "of complications stemming from his intoxicated state and from having choked on his own vomit," a UAP report stated.

In December, Gilmet's defense team filed a motion to permanently dismiss all charges and specifications due to Unlawful Command Influence (UCI), UAP said in a news release. According to the release, the defense claims statements made by Col. Christopher Shaw "prejudiced the attorney-client relationship between" Gilmet and his military counsel.

The motion to dismiss said Gilmet "has lost trust and confidence in the military justice system" and "doubts" his military counsel's "ability to effectively represent him without fear of reprisal" due to Shaw's comments.

According to UAP, a nonprofit supporting the MARSOC 3, Gilmet's attorney Capt. Matthew Thomas had asked Shaw about protecting military attorneys from outside influences, to which Shaw allegedly responded: "Captain Thomas, I know who you are and what cases you are on, and you are not protected," the motion said.

"Shaw has created a personal interest for Captain Thomas whereby Captain Thomas now has to choose between potential billet assignments and promotion opportunities — in other words, a successful Marine Corps career — and zealously representing CPO Gilmet," the notion said.

"At the time of his alleged statements, Col. Shaw held the position of Deputy Director for Community Management and Oversight of Judge Advocate Division Headquarters Marine Corps," the congressmen's letter states. "The position afforded Col. Shaw direct oversight of both the defense and prosecuting attorneys' career advancement, including permanent change of station assignments."

The letter from the congressmen requests an investigation be opened into Shaw's actions.

"If the allegations are found to be accurate, we ask that Col. Shaw and anyone in higher command condoning or encouraging his comments be held accountable," the congressmen wrote.

The representatives also requested the legal proceedings be paused pending Shaw's investigation, and that if his statements are found true, the MARSOC 3 cases be "set aside with prejudice due to violations of due process."

"(A)ccording to recently obtained affidavits, alleged statements appear to have irreparably damaged any hope for a fair legal proceeding," the letter stated.

The letter also states the MARSOC 3 "maintain their innocence and attest the government has video evidence exonerating them."