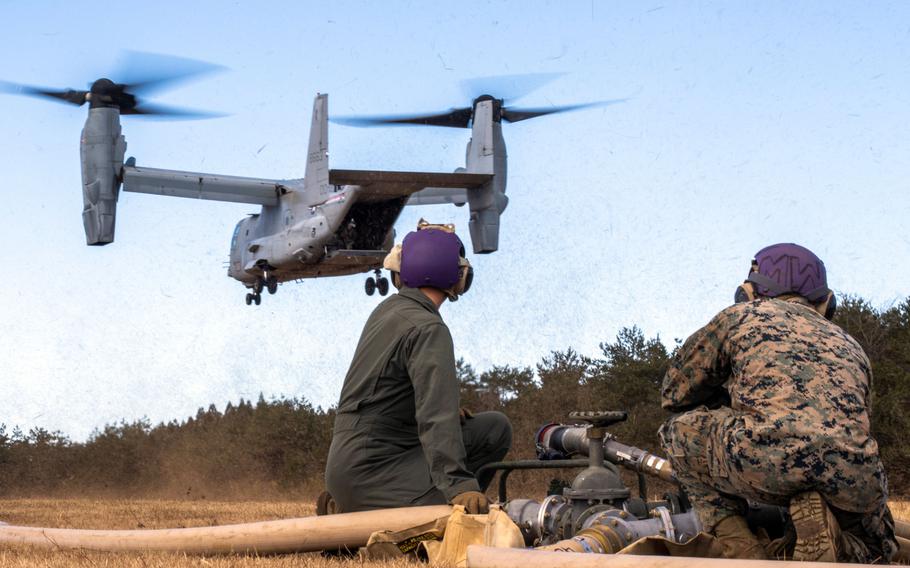 The troops are practicing command, control and coordination over long distances during the training, which runs until Dec. 17, according to a Marine Corps statement Friday. They plan to hold maritime strike drills Dec. 13-16.

“We will operate across all domains with our Japanese allies and joint partners to maximize our ability to deter and defeat any potential threat,” 3rd Marine Division commander Maj. Gen. Jay Bargeron said in the statement. 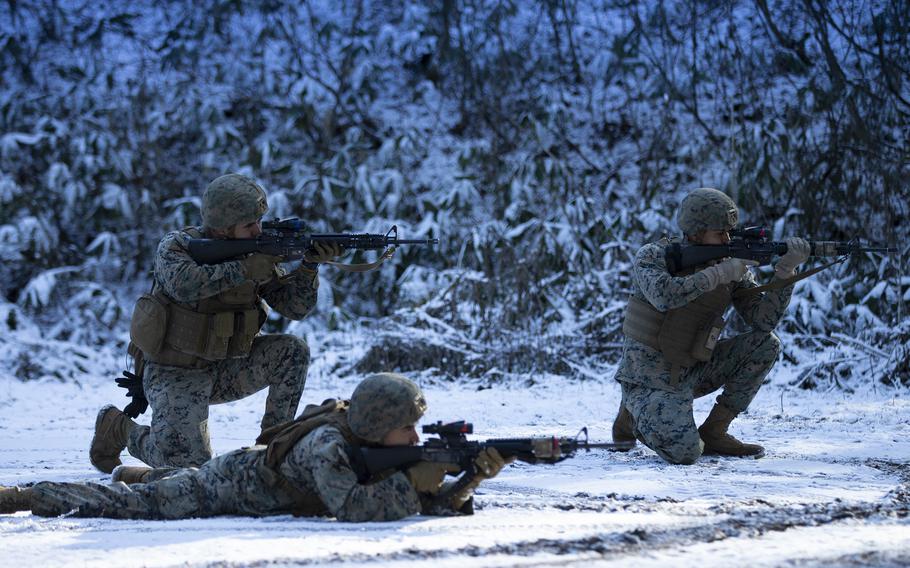 The exercise unfolds as tensions between the United States and China remain high. On Monday, Washington announced a diplomatic boycott of next year’s Winter Olympics in Beijing over human-rights abuses. Last month, former U.S. national security adviser Robert O'Brien told the Nikkei Asia newspaper that China may consider military action on Taiwan by the next U.S. presidential election in 2024.

The HIMARS, which includes a fire direction center, three vehicles and 15 Marines, flew to the Japanese base in KC-130Js, he said.

The training hones skills the Marines need to conduct a HIMARS raid, in which the weapons system is flown to a location, fires, and flies out, Reading said.

The Marines will also work with U.S. Navy and Japanese aircraft and Type 88 surface-to-ship missile crews to conduct simulated strikes on a warship at sea, he said.

“It’s not so much about the specific assets and how we would use them,” Reading said. “It is about bilateral coordination.”