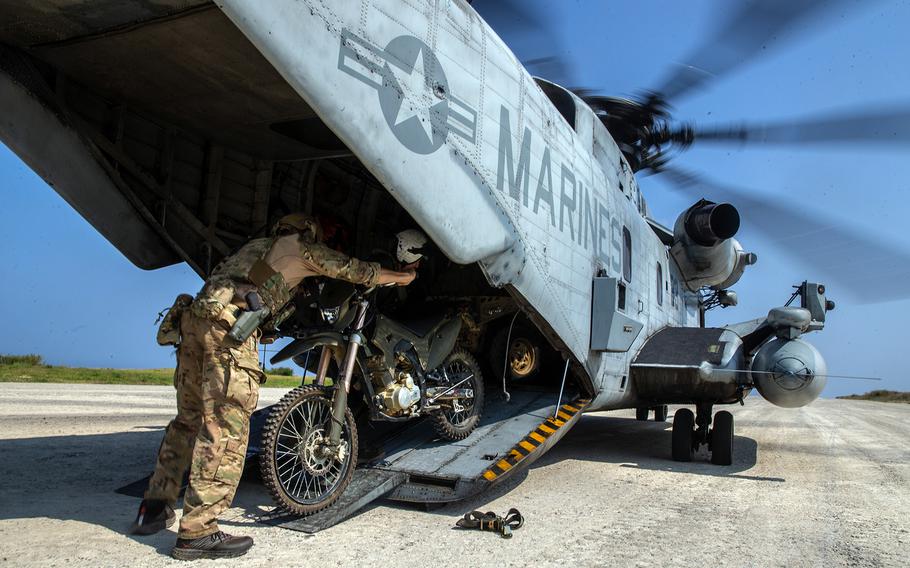 CAMP FOSTER, Okinawa — No damage or injuries were reported after a U.S. military helicopter made an emergency landing Wednesday at a remote island airport off the Okinawa coast, Marine Corps and Japanese officials said.

“The CH-53 that landed at Aguni Airport yesterday evening departed Aguni this morning and returned safely to Marine Corps Air Station Futenma,” Kunze wrote. “The flight crew demonstrated 1st Marine Aircraft Wing’s steadfast commitment to ensuring the safety of our aircrews, the community and the airworthiness of all our aircraft.”

The aircraft was operating as an aerial refueler at the time, Kunze said. The landing was “normal and uneventful.”

An issue with the heavy-lift helicopter’s flight control system seemed to be the problem, according to a spokesman from the Okinawa Defense Bureau, which represents Japan’s Ministry of Defense.

The helicopter was capable of flying back to MCAS Futenma but a maintenance crew was dispatched in a separate helicopter “out of an abundance of caution,” Kunze said. A Super Stallion typically flies with a crew of four or five.

In response to the incident, the bureau requested the Marines improve their safety management, the spokesman said.

A spokesman for Okinawa prefecture’s military base affairs division said it was collecting information Thursday morning and had no immediate response to the incident.

Some government officials in Japan customarily speak to the media on the condition of anonymity.