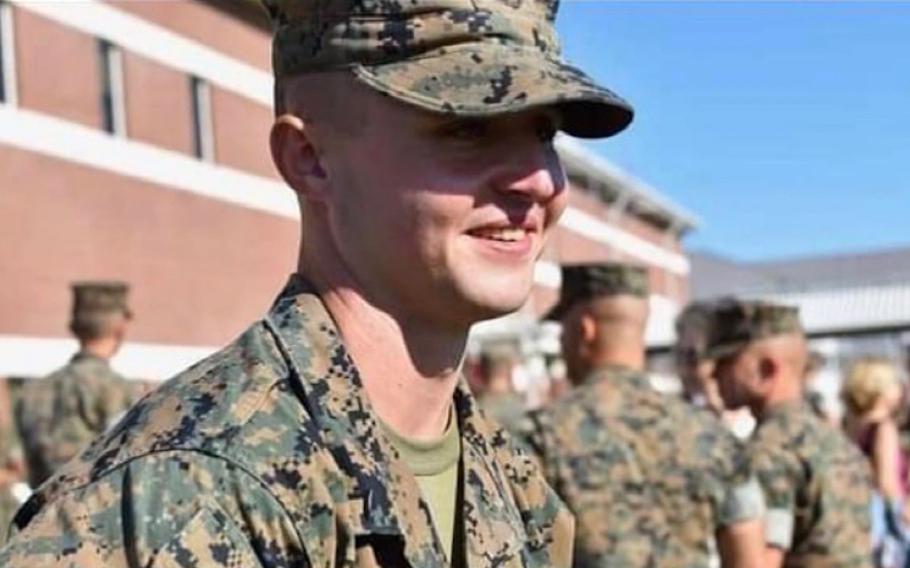 DALTON, Ga. (Tribune News Service) — A Georgia native serving in the U.S. Marine Corps was killed in a training incident earlier this month.

“Lance Cpl. Barnette was an invaluable member of our team, and our deepest condolences go out to Jonothan’s family, friends and loved ones,” said Lt. Col. Charles Nash, commanding officer, 3rd Battalion, 2nd Marines. “We extend our full support during this very difficult time.”

The cause of the incident is still under investigation and the Marine Corps is “cooperating with appropriate authorities as they conduct their investigation,” Murkins said.

According to WRCBtv in Chattanooga, Barnette’s family said documents provided by the military indicated the Marine was shot in the chest during dry fire training. Barnette was not wearing personal protective equipment at the time of the incident, his family told the television station.

“There’s an hour and 13 minutes that are unexplained to us — unexplained what happened, unexplained whether or not he had last words, unexplained if he was dead and they were trying to bring him back,” said Robin Hayes, Barnette’s mother. “My kid was a human being. He was somebody. And to me, it just feels like the Marines are just saying, ‘He’s just another Marine.’”

Barnette’s wife, Savannah, is expecting a child. She recently found out her unborn child is a boy and decided to name the child after his father, television station WRCB reported.

“We plan on doing everything we can to make sure the baby knows him as well as he could have,” she told the station.

In addition to his wife, Barnette is survived by a daughter, Kenleigh; and parents Robin Hayes of Chatsworth, Tenn., and Frank Barnette of Mississippi.

“He will not be here to watch our daughter grow up or to be here to experience our baby being born,” Savannah Barnette told Palm Springs television station KESQ. “It kills me every day. Every day, it kills me.”

A GoFundMe page has been set up to support Jonothan Barnette’s family .

Barnette enlisted in the Marine Corps in 2018 and attended recruit training at Parris Island, South Carolina, in June 2019, according to Murkins.