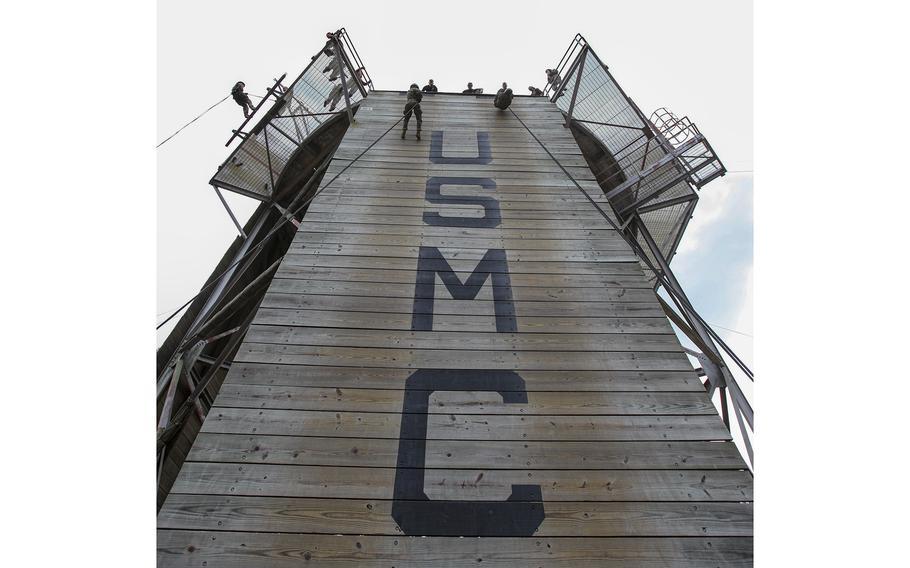 COLUMBIA, S.C. (Tribune News Service) — Parris Island’s base commander sought to reassure South Carolina leaders last week, saying that despite last year’s concerns the base is not expected to be on the chopping block.

“There is no foreseeable plan to move the business of making Marines away from the recruit depot of Parris Island,” Col. Timothy Dremann said in a meeting last Thursday among military commanders and Gov. Henry McMaster.

After that report, military commanders said it was too soon to say if a move would happen.

But base commanders said no relocation moves are in the works.

However, state officials say they’ll continue to stay on the alert for possible signs of a closure if they come while also helping the base protect itself for climate change effects, such as sea level rise. Earlier this year, South Carolina’s Republican U.S. House members reintroduced legislation earlier to prevent federal dollars from being used to close the base.

“At Parris Island, our perspective is we have a mission to make Marines,” Dremman said. “We’re fully invested in that mission. Parris Island is where we’re doing that mission and we’re going to continue to execute that the best manner we can on Parris Island.”

“We are always on alert to signals,” McMaster said. “We’ve had none recently. We want to keep all of those bases strong, make them stronger so we do not experience a reduction.”

Base officials have made investments to protect Parris Island, which includes spending $200 million planned in future years to improve the base.

“I can say that we have included environmental resilience considerations in every infrastructure project,” Dremann said. “We are committed to ensuring that our maintenance and upgrades address the realistically foreseeable environmental challenges so we will continue to make Marines at Parris Island for decades to come.”

“We can’t stop a hurricane,” Grimsley said, “but we can work things like floodwaters and storm surge.”

Visit The State at www.thestate.com