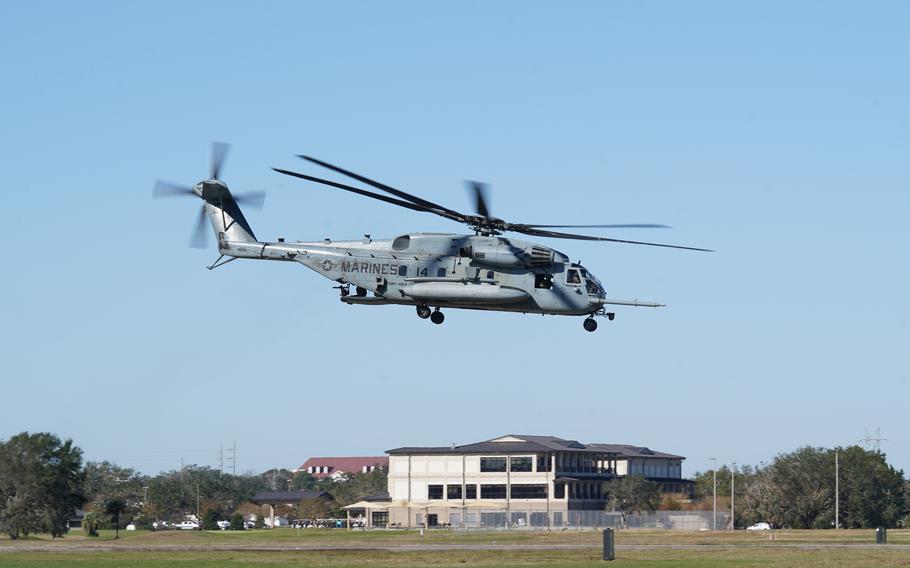 Nearly 100 executives and employees of the Lockheed Martin Corp. helicopter manufacturer and others celebrated in an aircraft hangar at Sikorsky’s Stratford headquarters, with the helicopter — 99 feet long and 18 feet high — put on display for the event.

The delivery to the Marines comes nearly five years to the day after then-Gov. Dannel P. Malloy announced a $220 million state aid package for Sikorsky intended to keep helicopter manufacturing in Connecticut and expand the network of suppliers.

“Your partnership has helped us lay the foundation and make this big event in Connecticut possible,” Sikorsky President Paul Lemmo told state officials who included Gov. Ned Lamont and his economic development team.

At a cost of $87 million each, the CH-53K is the largest and most powerful helicopter built in the West, Richard Aboulafia, vice president for analysis at Teal Group, a Fairfax, Va., industry analysis firm, wrote in a September 2020 note. Program acquisition costs that include research and development and machine tools have grown to $138.5 million per helicopter, he said.

“The emphasis is not on a leap in capabilities, but greater reliability and a smaller logistical footprint,” Aboulafia said.

“So a long way to go,” Taiclet said. “Over 80% of the domestic aircraft quantities are still in front of us. And interest from international customers is driving additional opportunities.”

Sen. Richard Blumenthal, a member of the Senate Armed Services Committee, said in an interview that “cost containment is a major concern across the board with every weapons system.” Military planners drafting annual Pentagon budgets of more than $700 billion are grappling with a range of high-cost priorities such as submarines, aircraft carriers, fighter jets, missiles and reconnaissance.

Blumenthal, D-Conn., told the gathering that the heavy lift helicopter is a “wondrous feat of engineering and manufacturing.” It will make it possible for the U.S. military to project power in “places right now it simply can’t.”

In an interview, Lemmo said Sikorsky has exceeded jobs requirements spelled out in the 2016 state deal for more than 8,000 workers by the end of the 14th year of the agreement. The manufacturer now employs more than 8,000 in Connecticut and 13,000 globally, he said.

“And we’re not even into full-rate production so you can imagine as we ramp up production how that will continue to grow,” he said.