Father of fallen Massachusetts Marine thanks community, military for standing by his son 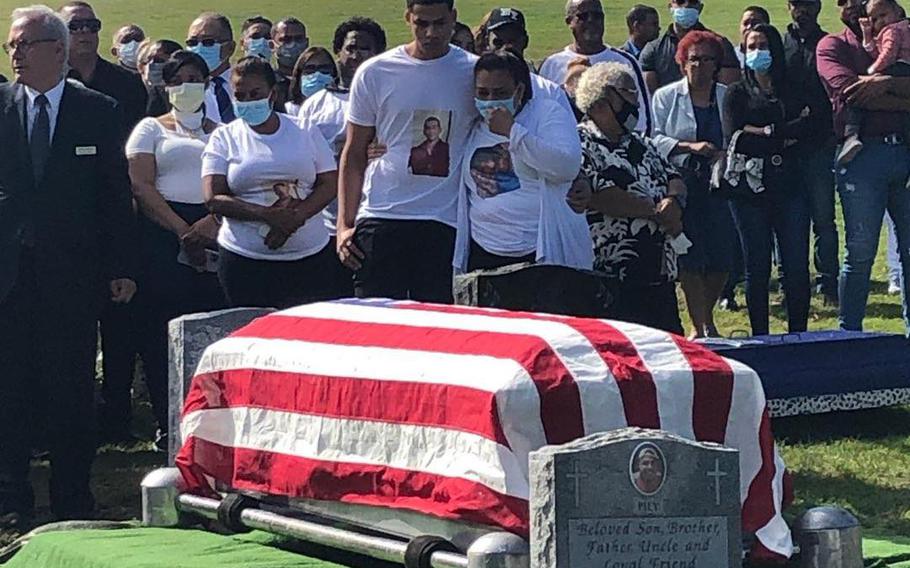 Anthony Munoz died on Sept. 7 on his first day of boot camp at Parris Island, S.C. His body was escorted back to the city on Thursday. A wake was held Friday evening, followed by a funeral and burial at St. Mary’s Cemetery with full military honors. (Facebook)

LAWRENCE, Mass. (Tribune News Service) — Just moments after the mother of Anthony Munoz was handed the American flag that covered her son's casket, the 21-year-old Marine's remains were lowered into the ground at St. Mary's Cemetery.

Munoz, 21, was buried right next to his cousin and close friend Leonel Rondon, the 18-year-old Lawrence man who was the single fatality in the Merrimack Valley gas explosions on Sept. 13, 2018.

Some wore T-shirts and buttons with Munoz's picture. They took turns placing white roses on his silver casket.

The 2018 Lawrence High School graduate died on Sept. 7 on his first day of boot camp at Parris Island, S.C.

His body was escorted back to the city on Thursday. A wake was held Friday evening, followed by a funeral and burial at St. Mary's Cemetery with full military honors.

Munoz was the son of Bartolome Munoz and Alexandra Santos of Lawrence.

Bartolome Munoz spoke during the burial service, thanking the community as well as family and relatives for not leaving the family's side at this terrible time.

He also praised the Marines for not leaving his son alone since his death. For that, he said, he will be forever grateful.

Marines in dress blues folded the American flag on Munoz's casket. Others conducted a three-volley salute followed by a Marine bugler playing taps.

A flock of birds flew overhead during the service, an unprompted event that captured the crowd's attention momentarily.

Veterans who are members of the Patriot Guard Riders stood throughout the entire service holding a Marine corps flag and numerous American flags.

Melendez told the men that the Marines didn't leave Munoz alone and neither did they.

According to several media accounts, Munoz fell off a balcony at the barracks.

The incident is under investigation by the Naval Criminal Investigation Service, a Marine official said previously.

A public vigil, wake and military burial service was held in the city for her.

Rondon was killed on Sept. 13, 2018 when a chimney fell onto a car he was in during an explosion fueled by natural gas.

Rondon attended the Phoenix Academy Charter School in Lawrence. He had just gotten his driver's license hours before the accident that killed him.