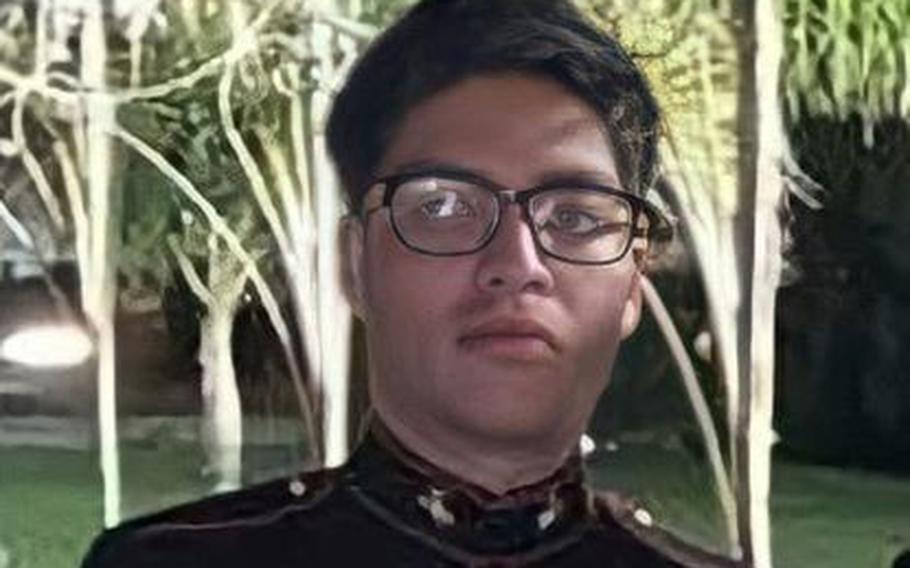 U.S. Marine Cpl. Humberto Sanchez was one of 13 military service members killed inside the Hamid Karzai International Airport in Kabul, Afghanistan, by a suicide bomber on Aug. 26. At least 170 Afghans also were killed. (Sanchez family)

INDIANAPOLIS, Ind. (Tribune News Service) — Marine Corps Cpl. Humberto "Bert" Sanchez, one of 13 U.S. service members who died in Afghanistan during an explosion amid evacuation efforts, will be brought home to Indiana on Sunday.

His body will be flown to Grissom Air Reserve Base on Sunday, Sept. 12, according to Gundrum Funeral Home and Crematory, which is handling his services. A procession escorting him back to Logansport will leave the airbase about 10:45 a.m. The route is listed online on their Facebook page and on Google Maps, shared by Indiana State Police.

People are encouraged to honor Sanchez and line the procession route, with state police suggesting the following viewing areas: Foreman Drive near Grissom Air Reserve Base, along State Road 218 and U.S. 35 in Walton, and along the entire route in Logansport.

There will be a garrison flag positioned at Market and 8th streets in Logansport, with the procession stopping there for about 30 seconds, state police shared. There will not be a ceremony on Sunday once Sanchez arrives in Logansport.

Sanchez will be laid to rest, with military graveside rites, at Mount Hope Cemetery in Logansport.

Sanchez was born and raised in the northern Indiana city, graduating from Logansport High School in 2017. His community has been honoring him with displays and messages over the last week, most recently with a mural at a McDonald's where he worked in high school, shared by the Logansport Art Association.