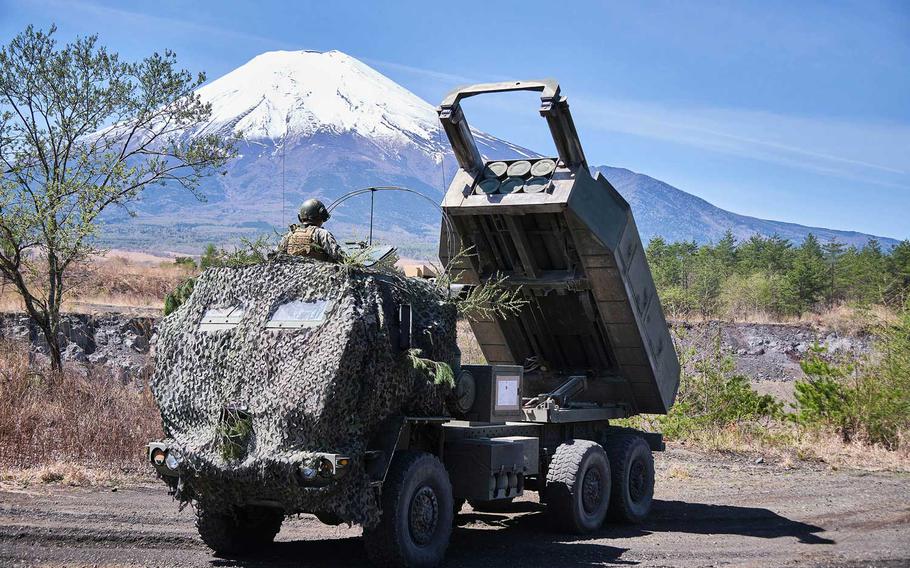 CAMP PENDLETON, Calif. (Tribune News Service) — There might be some loud booms ricocheting across Orange County this week as Marines train with artillery rocket systems on Camp Pendleton.

The 5th Battalion, 11th Marines artillery unit is training with the High Mobility Artillery Rocket System, or HIMARS, which can reach more than 100 miles. The 1st Marine Division unit is the only battalion in the Marine Corps exclusively using the rocket system.

Base officials alerted local communities about possible noise impacts this week. The Marines may be firing their rockets between 6 a.m. and midnight through Friday, July 16.

While there is always training on base, the live-fire aspect and the number of rockets being used might make the difference in sound, 1st Lt. Kyle McGuire, a spokesman for the 1st Marine Division, said.

"When you have someone firing a howitzer, they're firing a huge projectile," he said. "HIMARs are a completely different platform, they're rockets. This is a precise long-range weapon."

The rockets can be armed with different munitions to achieve their desired targets. The artillery could even be used for taking down a ship, McGuire said.

While the Marines are largely training on the base's ranges, they may also move the rockets onto cargo planes to practice setting them down in a makeshift landing zone, quickly firing and then taking them away again before being detected by a fictional enemy.