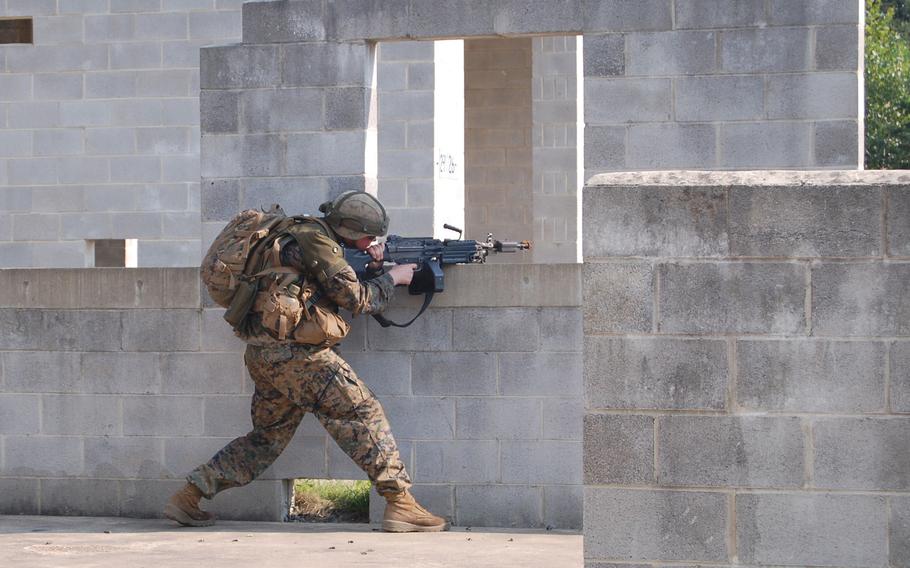 Saab, part of the Swedish defense and aerospace firm, will provide the Marines with a next-generation training instrumentation system, which allows commanders to observe and assess the performance of individual Marines, squads and even brigades during live training exercises in the field. (Saab)

Saab, part of the Swedish defense and aerospace firm, will provide the Marines with a next-generation training instrumentation system, which allows commanders to observe and assess the performance of individual Marines, squads and even brigades during live training exercises in the field.

The system includes laser systems attached to weapons and vehicles to instantly determine whether Marines would have hit the targets they were shooting at.

“Through this framework agreement with future task orders exercised, Saab will provide a full turnkey live training capability to include equipment deliveries for individual Marine weapons and vehicles, as well as logistics and maintenance support and training exercise support at all major U.S. Marine Corps installations worldwide,” the company said Thursday.

Erik Smith, president and CEO of Saab in the U.S., said the contract will be run out of the company’s Orlando, Florida, office, with support from its headquarters in East Syracuse.

The impact of the contract on jobs at the company has not yet been determined, Smith said. The company has not decided whether the equipment for the system will be manufactured in Sweden, Saab’s world headquarters, or in East Syracuse, where all its manufacturing in the U.S. is conducted, he said.

Saab moved its U.S. defense division headquarters to East Syracuse in 2018. The company employs about 700 people in the United States, including about 500 in East Syracuse.

“This is really part of the vision,” Smith said. “We’re going to leverage the Syracuse platform and infrastructure to go out and expand our business across the United States.”

Under its contract with the Marine Corps, Saab will outfit Marines and their weapons and vehicles with a two-way laser system that instantly determines whether troops aimed correctly during training exercises between “friendly” and “opposing” forces in the field.

Jonathan Slater, president and general manager, land systems, for Saab, said the system lends realism to the training and can be deployed wherever Marines are in the world.