Textron's new hovercraft for the U.S. Marines, which had been plagued by propeller cracks, gear defects and initial delivery delays, is seeing cost growth of nearly 20% per vessel, according to new Navy figures.

The Ship-To-Shore connector program has seen its total per-ship cost, which includes research, development and procurement amortized over a 72-vessel program, increase more than 18% to about $64 million, according to newly disclosed Navy figures. The procurement cost alone has increased to $56.4 million per vessel from a $47.2 million estimate in 2011, according to the figures.

The cost growth represents a "significant" increase under the parameters of a 1982 law intended to trigger a formal report to Congress, according to the figures. The program did not increase to the law's even higher "critical" overrun threshold that would have required the Navy to launch a full review as to whether the program should be terminated, however.

The Navy notified Congress March 26 of the cost increase and released the figures Tuesday to Bloomberg News.

"The breach is attributed to first-in-class challenges that led to increased construction costs resulting from labor and material cost growth and schedule-related issues on early craft," the Naval Sea Systems Command said in a statement.

Textron has delivered three craft and follow-on vessels are in production, according to the statement. Delivery of the first two allowed the Navy to move forward with the initial operator training pipeline and move into post-delivery test and trials at the Naval Surface Warfare Center's Panama City Division, it said. Technical issues, such as gear defects, delayed delivery of both by as much as three years each.

"Technical issues have been resolved and production has stabilized, with craft deliveries proceeding in support of the program plan," according to Navy testimony prepared last week for a Senate Armed Services Committee panel.

"The program is the first major naval acquisition program in more than 15 years to be designed 'in-house' by the Navy rather than by private industry," according to a Navy fact sheet.

The Government Accountability Office, in an annual report on Pentagon weapons systems this month, said "the program continues to address its top two technical issues: premature gearbox wear and cracking propeller blades. The program is still completing a third iteration of the craft's gearbox design, intended to reduce wear."

The Ship-to-Shore Connector is a "franchise program" for Textron's Marine & Land Systems division, "which could more than double in revenue over the coming years as production accelerates," Bloomberg Intelligence analyst Douglas Rothacker said in an email. 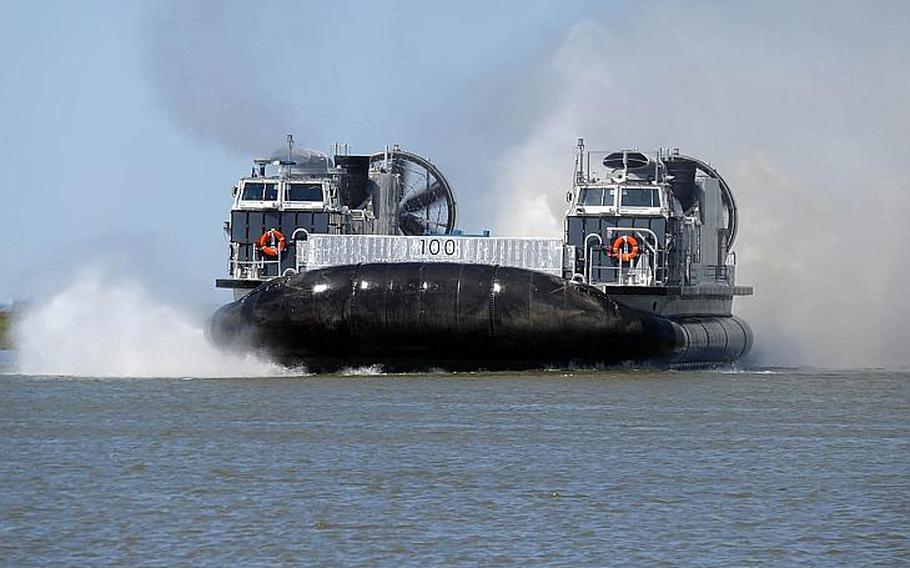 The Ship-to-Shore Connector is a modernized hovercraft slated to replace the Navy's legacy Landing Craft Air Cushion. (Courtesy of Textron)