Marine on motorcycle dies in collision with car on Okinawa 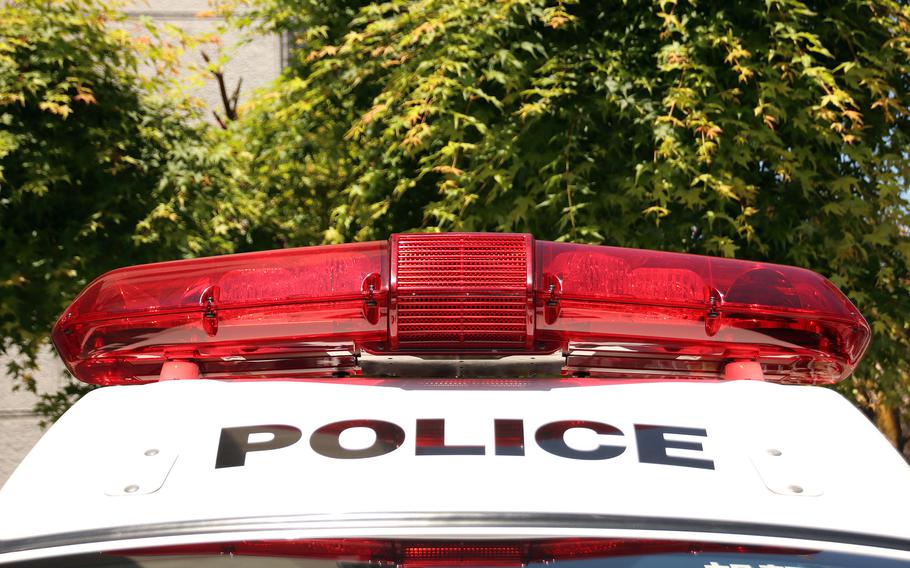 Japanese police say an Okinawa-based Marine was killed when his motorcycle collided with a car in Chatan town, Wednesday, June 2, 2021. (Akifumi Ishikawa/Stars and Stripes)

CAMP FOSTER, Okinawa — An Okinawa-based Marine was killed Wednesday night after a collision between his motorcycle and a car in Chatan town, Japanese police said.

The 22-year-old Marine’s rank was unknown to an Okinawa police spokesman who spoke to Stars and Stripes by phone Friday evening. Marine officials did not respond to requests seeking comment Friday evening.

The service member, whose name Stars and Stripes is withholding pending notification of next of kin, was assigned to Marine Corps Air Station Futenma, the police spokesman said.

The crash occurred at an intersection of Route 58 in the Hamagawa area of Chatan town at approximately 9:45 p.m., the spokesman said. The Marine was traveling north on Route 58 when he collided with a car driven by Isamu Kamiya, 57, who was making a right turn.

The Marine was rushed to a nearby hospital where he died from blood loss at approximately 10:51 p.m., the spokesman said. Kamiya suffered minor injuries.