'Our boys, they fought to their last breath': Mothers of two Marines killed in training accident seek lasting change She told her son to keep practicing in the pool, especially as he was about to embark on training in open water. The 19-year-old Marine countered by telling his mother that’s what the big ships are for and texted her what he would do if he did have to swim: “I’m a Marine. I’ll meet the water fists raised.”

On July 30, Bath was one of eight Marines and a sailor from the Battalion Landing Team 1/4 of the 15th Marine Expeditionary Unit who drowned as their assault amphibious vehicle sunk near San Clemente Island off the coast of California during a training exercise ahead of a deployment.

Aleta Bath said her son and his fellow service members went to their deaths fighting.

“Our boys, they fought to their last breath. Those boys didn’t give up. … They didn’t know what they were doing because they hadn’t been trained. …They were Marines all the way to the end,” she said. Pfc. Evan Bath with his grandparents, Larry and Linda Williamson, at his graduation from boot camp in 2019 at Marine Corps Recruit Depot, San Diego, Calif. (Courtesy of Aleta Bath)

On Friday, the Marine Corps released its investigation into the training accident that led to their deaths. The 1,743-page report cites numerous failures, from maintenance to leadership to not following policies and procedures.

“You’re not looking at a couple things, you’re looking at hundreds of things. I can’t even wrap my brain around what happened,” Christiana Sweetwood, the mother of 18-year-old Lance Cpl. Chase Sweetwood, said Friday, a day after she was briefed by Marines on the investigation. “Every which way you looked at it, they failed. Every single person who even remotely touched this situation … messed up.”

The failures apparently started months before their deaths. The investigation determined the 34-year-old vehicle that the troops used had a number of maintenance problems. When the vehicles were given to the platoon as the unit was being assigned to 15th MEU, most of them were “in horrible condition,” not fit for operations and in need of repair, according to the report.

The post-accident analysis found loose or missing parts in the vehicle and an oil leak that damaged the transmission, which prevented the engine from having enough power to pump out the water.

After the tragedy, the Marine Corps conducted inspections on all its AAVs with new criteria based on the initial findings from the accident. A majority of the vehicles failed to meet the upgraded standards, according to the report.

Investigators also determined most of the troops had not completed the necessary egress training to participate in water exercises, according to the report. Platoon members were also never given the required Marine Corps Combat Readiness Evaluation before they were assigned to 15th MEU.

On the day of the accident, safety policies, check lists and procedures were not followed by the crew or the unit leadership. The vehicle’s emergency lighting was not working and there were no glow sticks on the hatch handles, forcing the men to use their phones for light.

The vehicle commander, who was not named in the report, also did not order the troops to evacuate the vehicle despite the increasing level of water in the crew area. Once the water was at ankle level — the point at which they were supposed to start evacuations — the vehicle commander instead waved a distress flag for 20 minutes. Other AAVs eventually came to help, but the vehicle sunk after 45 minutes from when the leak was first noticed.

There also were no proper safety boats on the water during the exercise, which might have been able to spot the AAV in distress and help to evacuate the personnel sooner, according to the report. The only designated safety boat was another AAV that had personnel in it, which is not allowed. The report also states safety checks and briefings that were supposed to be conducted that day by the platoon did not meet the policy standard.

One of Aleta Bath’s biggest questions was why procedures were not being followed and why there was such a rush to do a waterborne exercise for which the troops were not properly trained.

“It seems like they want to run a training session as if they’re actually in combat. But that’s not what you usually do in training. Training should be slowed down, because [if] there’s an issue, you stop. It’s a teachable moment,” she said. 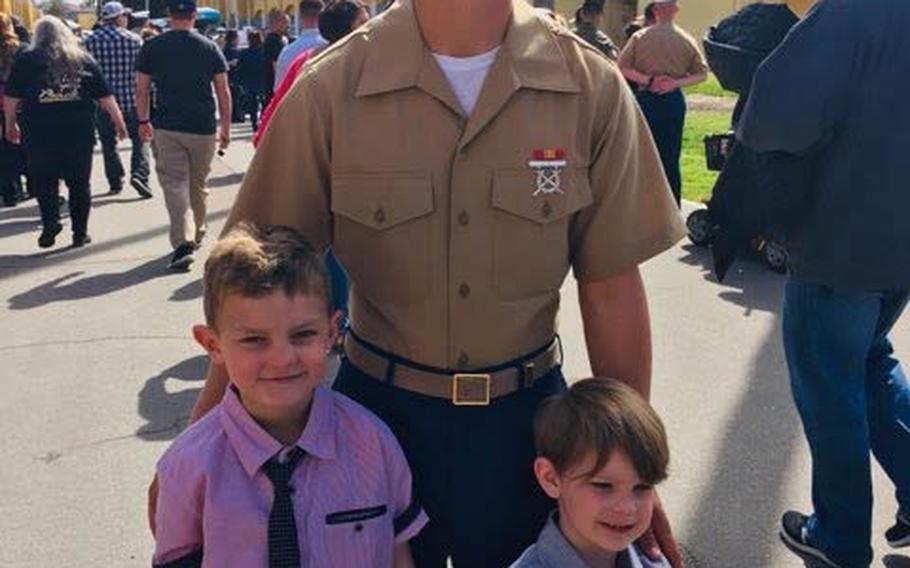 Following the accident, the families of the eight Marines and one sailor found themselves in an information void. While they were getting monthly updates from the Marine Corps, they consisted mostly of short messages saying there was nothing new to report.

Even understanding restrictions that come with the investigation, Bath and Sweetwood said they should have been given more information, such as when people were being fired, which they only learned about from news reports.

“So what that does is it widens the gulf between the family members and the Marine Corps, because it feels like they’re stonewalling us, you’re not giving us anything. So how are we going to believe you?” Bath said.

Some of the families reached out to one another a few months after the accident and started to gather facts in the deaths of their loved ones without the help of the Marine Corps.

“If they’re not going to give us answers, as parents you’ll go to the ends of the earth to find the answers. And whether some of those were quite right or not, we searched for those. And we dug pretty deep a lot of us,” Sweetwood said.

The families were able to obtain documents, such as autopsy and toxicology reports, and shared any new information they learned with each other. Sweetwood said the families never should have had to resort to digging for these documents and information into the cause of the accident. The survivors also were barred from speaking to the families, leaving them without an opportunity to hear from those who were there, she said.

There were also changes in details about the incident and the recovery, leaving Sweetwood and Bath feeling like they could not trust the information they were receiving from the Marine Corps. One example was they were repeatedly told the troops were all found in the AAV, but in actuality all but one came out of the vehicle and were found around it on the ocean floor. Bath said she had to learn about that detail in the autopsy report.

Aleta Bath said she also found out later that as the vehicle started to take on water, Evan had told another Marine that he was afraid because he could not really swim. It was something he would never confess to anyone, but the moment showed her just how much fear her son was in at the time, she said.

“The truth brings comfort. But on the other hand, it brings horror,” Bath said. 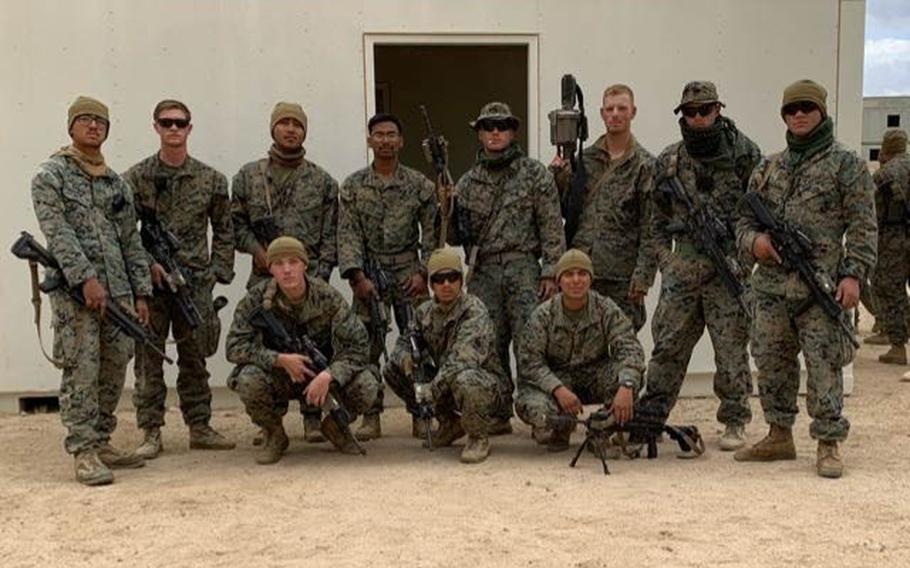 Since the incident, the commander of 15th MEU, Col. Christopher Bronzi, and the commander of Battalion Landing Team 1/4, Lt. Col. Michael Regner, have been fired but not dismissed from the service. The company commander was also relieved of his command due to “loss of trust and confidence,” according to the report.

Sweetwood and Bath said they want more accountability and transparency about discipline and changes being made following their sons’ deaths. Sweetwood wants those who knew about the problems to be court-martialed.

“I feel like this was murder. You murdered my child in every way that you could have. To me, it’s almost like premeditated, without being premeditated,” Sweetwood said. “You took these steps all down the line and made a choice to oversee this and oversee that … and it murdered them in the end.”

Sweetwood and Bath also blamed budget cuts in Congress, poor equipment and training for leading to their sons’ deaths.

With the investigation completed, it is just the beginning of their efforts, the mothers said. Sweetwood said the families have been discussing going to their congressional representatives to request changes be made in the Marine Corps so there is more accountability and a tragedy like this does not happen again.

“Now that we have all the information, we now have to go over a 2,000-page report and delve into this further. And so it’s kind of like just the beginning of the fight,” Sweetwood said.