Marines to reduce force by 12,000, decrease artillery units and get rid of tanks in 10 years 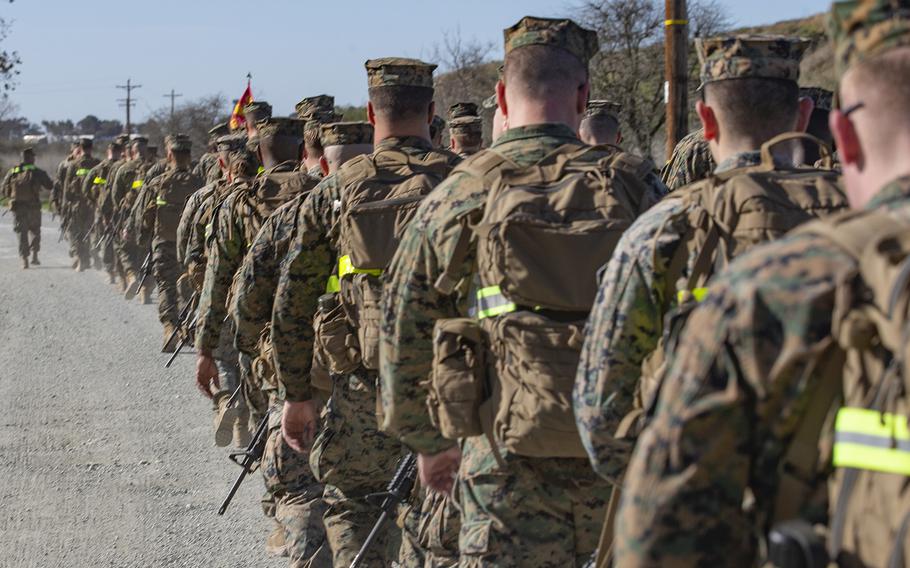 WASHINGTON — The Marine Corps has decided it must eliminate its tank battalions and reduce its infantry and artillery units in 10 years as it converts its force to one more aligned with taking on potential adversaries such as China, the service announced Monday.

Gen. David Berger, the Marine commandant, said in October that the Marine Corps is “not optimized for great competition. It is not optimized to support a naval campaign.” The reality of the world has forced them to “throw out old assumptions and start fresh,” he said at the time.

Since summer, the Marine Corps has undergone a review of its personnel, units, and equipment to determine what type of forces the service will need to fight future battles.

The Pentagon's 2018 National Defense Strategy puts China and Russia as the major world powers that the United States must be prepared to challenge as America’s military advantages decline. The economic policies of China and its militarization of the South China Sea and Russia’s efforts to undermine NATO and its nuclear arsenal are major concerns for the U.S. military, according to the National Defense Strategy.

“The Marine Corps is redesigning the 2030 force for naval expeditionary warfare in actively contested spaces, fully aligning the service with the direction of the [National Defense Strategy],” the service Combat Development Command said in a statement, adding it will continue to evaluate and adjust the force design.

The Marine unit categories that will see reductions in 10 years are: • Infantry battalions will go down to 21 from 24 • Artillery batteries will go to five down from 21 • Amphibious vehicle companies will go down to four from six • F-35B and F-35C Lightning II fighter squadrons will have less aircraft per unit, from 16 aircraft down to 10.

Tilt-rotor, attack, and heavy-lift squadrons will also have reductions and deactivations. The Marine Corps will eliminate its law enforcement battalions, units that build bridges and reduce the service personnel by 12,000 in 10 years, a less than 7% reduction in the service’s total force, according to the statement.

The reduction in units, equipment, and personnel is geared toward the Marine Corps’ refocused efforts to work more closely with the Navy, especially in the Pacific region to compete against China.

The Marine Corps is also planning to increase its long-range rocket artillery abilities by 300%, reduce the size of infantry battalions to allow for a more distributed force, and invest in unmanned air and ground systems, according to the statement.