The five women and two men were participating in a fishing tournament when their boat encountered a lightning storm, according to a Coast Guard news release. None sustained serious injuries.

"Lightning storms are routinely encountered in the Florida maritime environment and can pose a significant hazard to boaters," Coast Guard pilot Lt. David McKinley said in a statement.

Fortunately, McKinley said, the boaters were equipped with an emergency beacon, flares and a maritime radio to ensure a quick rescue.

The boaters were transported safely back to a Coast Guard air station in Clearwater where they were greeted by waiting family members. 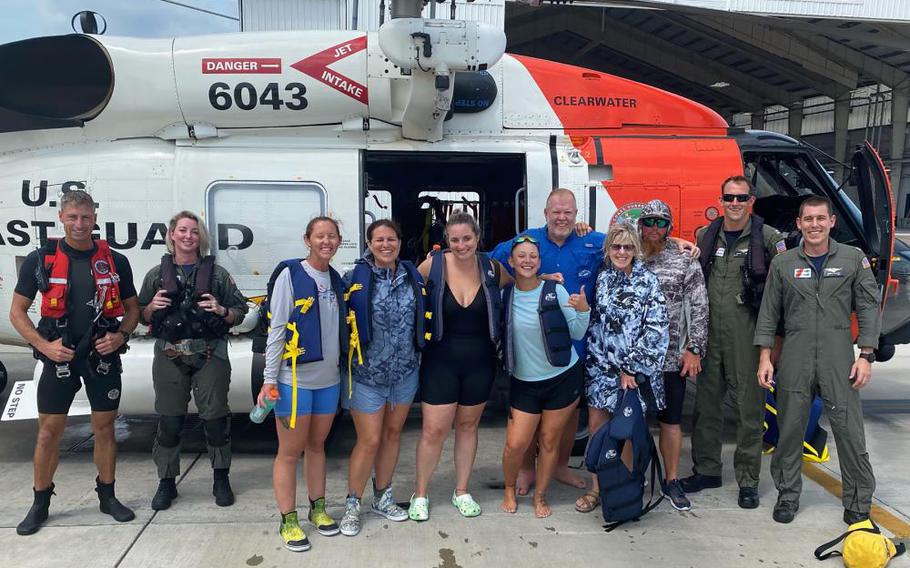