Coast Guard assists in rescue of missing mariners in Micronesia 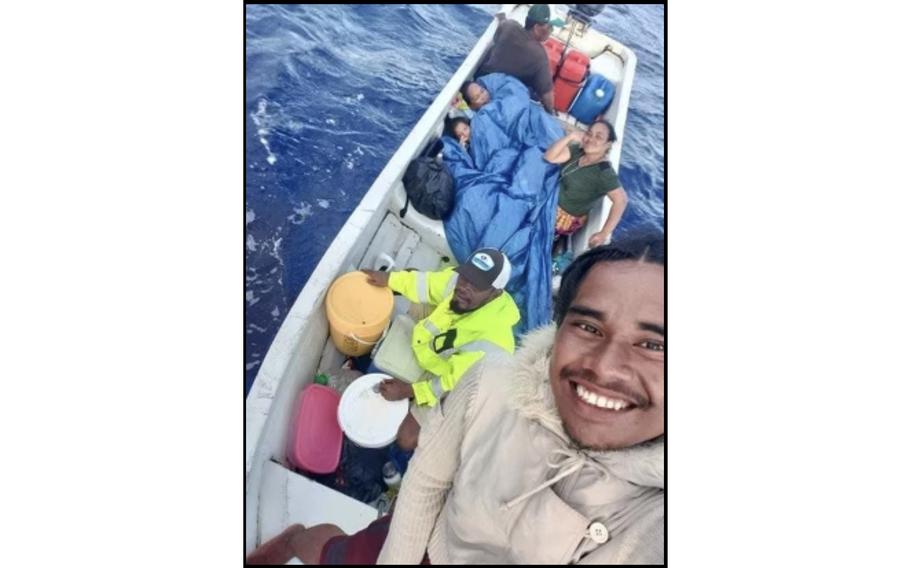 (Tribune News Services) — The Coast Guard and its partner agencies searched a combined 9,521 miles since Saturday and rescued Tuesday five adults and one child aboard a 19-foot vessel near Etal Atoll in Chuuk, Federated States of Micronesia.

Coast Guard Forces Micronesia, Sector Guam watchstanders got a call at 6 a.m. Saturday about an overdue boat that left Namoluk Atoll Friday for a 35-mile trip, but failed to arrive in Etal Atoll as planned.

The Coast Guard deployed several assets and worked with local and federal partners to search for the missing boat.

The crew of the merchant vessel Navigator found the missing vessel about 14 miles from its destination after it ran out of fuel during stormy weather.

The navigator crew provided fuel for the boat, allowing all the passengers to arrive safely in Etal.

The Navigator is part of the Automated Mutual-Assistance Vessel Rescue program made up of volunteers from around the world, who assist during search-and-rescue operations.