(Tribune News Service) — Eight people were aboard a plane that crashed Sunday 4 miles east of Drum Inlet on the Outer Banks, according the U.S. Coast Guard.

A search is underway for the passengers and plane, which is described as a Pilatus PC-12 single-engine passenger aircraft, officials said in a news release.

The eight people may have included four teens “returning from a hunting trip,” station WCTI reports.

It’s believed some of the teens may have been students in the Carteret County Public Schools, and the district issued a statement Monday.

“We are incredibly saddened and join with the Down East and Eastern North Carolina community as we await official word on the airplane crash off the coast of Drum Inlet,” district officials said in an email to McClatchy News.

“Crisis teams are on school campuses to support students, staff and families.”

A statement posted by the East Carolina Community Emergency Response Team reported the plane fell off radar round 2 p.m. “just east of Beaufort, N.C.” The four teens aboard had been at “a youth hunt in Hyde County and (were) heading back to Stacy when something caused their plane to divert,” the post said.

The crash site would put the plane in the Atlantic Ocean beyond the Outer Banks, which is an area of colliding north-south currents. Drum Inlet is a passage through Cape Lookout National Seashore, which connects the Atlantic Ocean with the Core Sound.

Boats from multiple agencies and a U.S. Coast Guard MH-60 Jayhawk helicopter are being used in the ongoing search, officials said. 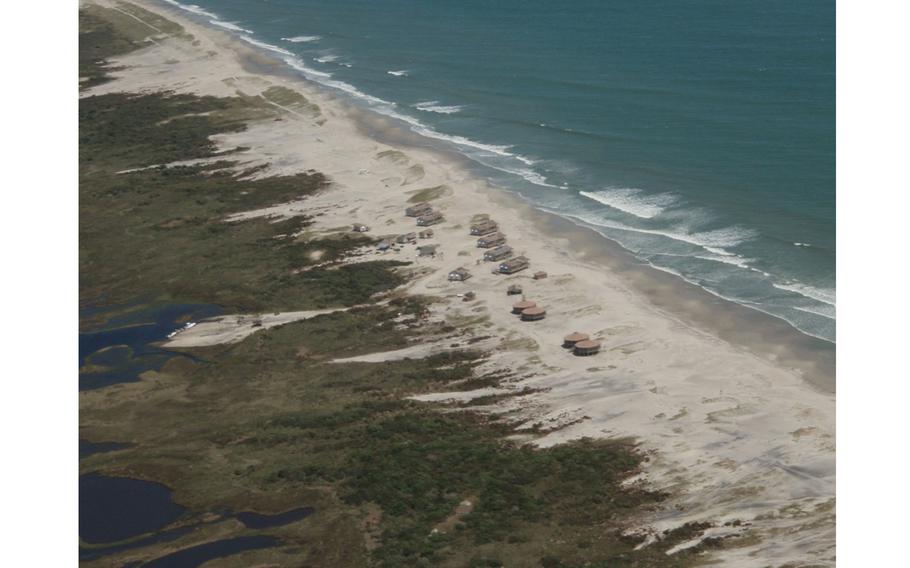